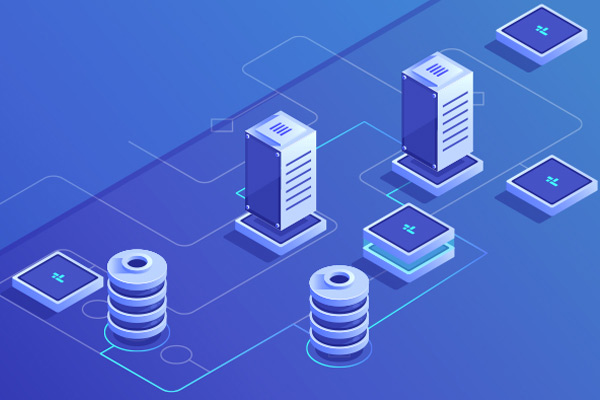 Tomcat + Java EE = TomEE, the Java Enterprise Edition of Tomcat. With TomEE you get Tomcat with EJB added and integrated and ready to go!

Apache TomEE, pronounced 'Tommy', is an all-Apache Java EE 6 Web Profile certified stack where Apache Tomcat is top dog. Apache TomEE is assembled from a vanilla Apache Tomcat zip file. We start with Apache Tomcat, add our jars and zip up the rest. The result is Tomcat with added EE features - TomEE.

The TomEE Plus distribution adds the following:

Microprofile is an open forum to optimize Enterprise Java for a microservices architecture by innovating across multiple implementations and collaborating on common areas of interest with a goal of standardization. TomEE is actively participating in this effort, and would welcome help from the community in moving this process forward.

RebelLabs released an annual study with awards to recognize Geeky Excellence for 2014. Tomcat and TomEE were named as one of the 10 Geek Choice Awards winner. For a complete list of winners, check out the report '10 Kick-Ass Technologies Modern Developers Love'.

Simple, get much more from Apache Tomcat, yet without giving anything up.

Some core principles guide the integration:

The desire to beef-up Tomcat installations has persisted despite the existence of full-profile application servers,many of which actually include Tomcat in some truncated or stripped-down form.TomEE strives to fill this gap.

Apache TomEE is assembled from a vanilla Apache Tomcat official distribution.No picking and choosing individual parts of Tomcat and building a 'new' serverleveraging Tomcat. We start with Tomcat, add our jars and configuration and zip up the rest. The result is Tomcat with added EE features, TomEE.

Tomcat provides plenty of hooks for filling out parts of its lifecycle. Weleverage them all to fill the gaps. The result is a whole lotta sharing!

Servlets now get access to JPA and Transactions, EJBs get access to Tomcatprovided Security. Any Tomcat provided resources, say from a context.xml,can be looked up or injected by any managed component in the system.

There's a definite 'less is more' philosophy in Apache TomEE. It's tooeasy to go too far when developing an app server. The result is usually aslow to start, memory hogging, beast. We're not here to create an ultraflexible, super powerful, infinitely composable, be anything to anyoneplatform. We're here to deliver Java EE 6 Web Profile in the simplest waypossible.

If you were to imagine taking a plain Tomcat install and integrating themissing components in the most direct and to-the-point style possible,you'd end up with TomEE. The result speaks for itself:

In Apache TomEE's previous life, it was simply known as the OpenEJB+Tomcatintegration. That description was always quite misleading. For one,there's incredible benefit even if EJB is never used.

Quite simply, EJB as a technology integrates with the most number of specsthan any other spec. It touches JMS, Web Services, Connectors, Servlets(EJB Web Services are still driven by Servlets!), JPA, JDBC, Transactions,Security. Integrating with all these technologies takes time and expertiseand in the end has very little to do with EJB specifically. To apply thisall to Tomcat and leverage it all from a simple Servlet is a naturalextension and the reason most app servers started out as EJB servers.

Whereas most app servers pluck Tomcat out of its environment, ApacheOpenEJB has always existed as an embeddable container focused on being astiny and invisible as possible. The natural extension of this is to embedthe 'EE' into Tomcat, rather than the other way around.

But in the end, it is not about EJB. It's about the other guys: ActiveMQ,CXF, MyFaces, OpenJPA, OpenWebBeans, and of course Tomcat! So out withOpenEJB+Tomcat and in with Apache TomEE!

Any help with the documentation is greatly appreciated.

All edits are reviewed before going live, so feel free to do much more than fix typos or links. If you see a page that could benefit from an entire rewrite, we'd be thrilled to review it. Don't be surprised if we like it so much we ask you for help with other pages :)

NOTICE: unless indicated otherwise on the pages in question, all editable content available from apache.org is presumed to be licensed under the Apache License (AL) version 2.0 and hence all submissions to apache.org treated as formal Contributions under the license terms.

I am in the process of moving my client’s app from Elastic Beanstalk to EC2.

In this post, I will outline the steps that I undertook to get Tomcat 8 runningwith Apache web server in front of it - all deployed in a Linux based EC2 in AWS.

The assumption of this post is, you already have an AWS account and know your way around EC2.

First off, login to your AWS account and go to EC2.Launch an EC2 instance from the menu.

Remember to configure a security group, if you don’t already, that allows traffic on:

This step is optional as the AMI would have come with Java installed.

In my case, the pre-installed Java in the AMI is Java 7.However, I needed it to be Java 8 because Java version of the machine that produces the Grails WAR mustmatch the Java version where the WAR is deployed, I outlined whyin this post.

When you are inside your instance, run the following commands:

Next we want to install Apache httpd to be a proxy in front of tomcat.

To get httpd and tomcat talk to each other we need a connector called mod_jk.

The steps below is a summary from Apache HTTP Server (mod_jk) HOWTO,which I encourage you to have a quick read before attempting the build below.

Configuration changes on httpd and tomcat8

mod_jk comes with a worker.properties example, copy that to your tomcat8 directory:

Add the following on workers.properties:

Add the following lines on the httpd.conf, you can place them anywhere in the file.However to be a little organised, I recommend putting these near the other LoadModule statements.

Now if all goes well, type in the URL of the EC2 to your browser and you should see the Tomcat welcome page.Worth noting, with this setup your site is served on port 80 as opposed to the usual port 8080 for tomcat.