Life and death in a Viking battle depended not on military prowess, but on the favour of the valkyries. Why were these mythical figures, who decided a warrior’s fate, female?

The Ride of the Valkyries is also the title of a painting by the Italian painter Cesare Viazzi, depicting spear-toting maidens riding their horses through the sky. Richard Wagner’s instrumental Masterpiece, Ride of the Valkyries, is a very well known bit of music that is used far and wide and has been heard in movies and TV for decades now. Valkyrie, in Norse mythology, any of a group of maidens who served the god Odin and were sent by him to the battlefields to choose the slain who were worthy of a place in Valhalla. Some had the power to cause the death of the warriors they did not favor; others guarded the lives and ships of those dear to them.

The Battle of Fitjar, fought in southern Norway in 961, was a struggle between King Hákon ‘the Good’, once the foster-son of King Æthelstan of England, and his nephews, the sons of Erik ‘Bloodaxe’. The Viking Age was a turbulent period both within Scandinavia and in the extensive lands the Vikings travelled. According to a cycle of 13th-century Norse sagas, the Heimskringa, the brothers had made regular, if unsuccessful, attempts at claiming the Norwegian throne for years. Although Hákon once again repelled their challenge, Fitjar would be his last battle. He was to die soon after from his wounds.

A poem called Hákonarmál (Words about Hákon), composed in the dead king’s memory by a poet in his retinue, attributes his fate to the will of two valkyries, Gondul and Skogul. The poem tells us that, although the pair decided to give Hákon’s side victory, they claimed the leader himself for Odin, the Norse god of war. In other words, the outcome of the battle was not determined by military tactics or prowess: rather, victory and personal survival depended on a higher power. The Vikings – popularly known as masculine fighting machines who knew no fear – perceived this power as female.

Hákon, who had spent much of his youth at Æthelstan’s court in England, was an early adopter of Christianity in Norway, but Hákonarmál is steeped in the pagan beliefs to which most of his subjects still subscribed. In the Norse belief system, valkyries were supernatural women who determined who lived and died on the battlefield. Subsequently, they would take a select group of the slain warriors on horseback to Odin’s hall, Valhalla, where they would join the einherjar, the exclusive retinue who fight for sport during the days and feast at night. It is easy to see the attractions of such an afterlife, in which a man never goes hungry and fighting is a form of entertainment with no consequences, at least for those who belonged to the warrior class.

The Edda, a textbook about Norse mythology written in the 13th century by the Icelander Snorri Sturluson, claims that the valkyries served drink to fallen warriors in Valhalla. But older sources, which are closer to what the Vikings thought and believed, usually emphasise the valkyries’ warlike aspects and their agency over life and death. Viking poets refer to them as ‘sword girls’, ‘spear maidens’ and ‘goddess of the spear/sword’. One poem, preserved in Njáls saga, even visualises a battle as the earthly manifestation of the valkyries’ weaving in the otherworld, using weapons as their tools and guts as yarn.

Valkyries have the power to give victory to one of the warring sides, an ability encapsulated in the description of a battle as the ‘judgement of Gondul’, a metaphor which compares the clash of two armies to a court where both sides litigate but one party is ultimately given victory by a judge, the valkyrie. The figure of the valkyrie raises questions. Wherever we look in Viking history, whether in sagas, myths, picture stones or the archaeology, Viking warfare is a male-dominated sphere. Why, then, did the Vikings believe that the beings which presided over battles and made decisions about who should die were women?

Ride Of The Valkyries Opera

One answer emerges if we consider the situation from the point of view of a Viking king. Kings needed to muster large crowds of men willing to fight, and very possibly die, for them. They needed their warriors to buy into the idea that death on the battlefield was aspirational rather than horrific. Along with dispensing gifts and titles, kings achieved this by cultivating a military ideology, partly by having the poets in their service whose job was to write verses that promoted a heroic warrior mentality.

Hákonarmál is part of this Norse tradition, revelling in the glory and glamour of war. The poet emphasises the king’s valour and skilful fighting, and the descriptions of the battle – swords clanging, shields clashing and blood spilling – are vivid. Eventually, Gondul and Skogul’s decision is carried out and the valkyries ride to Valhalla to announce the king’s imminent arrival. With their profound power over death, the valkyries play their well-defined part in propaganda intended to convince people to sacrifice their own life, or that of others. In myths about valkyries, we see an attempt to elevate the banality of war – to make the pain and suffering, the lost limbs and deformities, the piles of lifeless bodies – glorious and worthwhile. The randomness of who is hit by a flying spear or arrow, and who isn’t, is rationalised as a warrior’s destiny and good fortune, the deliberate choice of a supernatural being sent by Odin.

Despite the stereotype of Vikings as fearless warriors, the valkyrie also engages with the apprehensions some of these men might have had about going to war, perhaps for years, many leaving their wives and family behind. Hákonarmál opens with the striking image of the two valkyries riding off to the battle when it is about to begin, before moving quickly to a heroic portrait of the king and his army, spears brandished, the royal standard flying. However, after the battle, as the mortally wounded king lays bleeding, he has a conversation with Skogul, asking her why things transpired as they did. It is hard to tell whether the poet intends Hákon’s words to express disbelief, anger or disappointment, but his statement that ‘we were worthy of gain from the gods’, suggests that the king felt hard done by.

This ambivalence might explain why poets sometimes take the valkyrie in a softer direction, representing her as graceful and attractive. For instance, the poem Hrafnsmál (Words of the Raven) relates the magnificent military successes of another Norwegian king by way of a conversation between a raven and a ethereally beautiful valkyrie. She has white-blonde hair and fair skin. Other poets imagined the valkyrie as a doting lover, eager for the warrior’s romantic and sexual presence, even when he is a corpse. In poems about the legendary warrior Helgi ‘Hunding-slayer’, his bride, the valkyrie Sigrun, does not want him to die, so rather than fulfil her role and condemn him to death, she hovers in the sky during battles and protects him. Consequently, the valkyrie perceives Odin not as her leader (as is traditional) but rather as her rival for Helgi’s loyalty and attention. Although Helgi is captivated by the valkyrie, their subsequent marriage seems to cause Sigrun to lose her powers and thus her allure. When he finally does die in battle, she tries to compel her husband to remain in his burial mound in an undead state so that they can continue to be together. Ever the warrior, Helgi chooses Odin and Valhalla over an afterlife with Sigrun.

Helgi and Sigrun’s relationship hints at the tensions inherent in warrior life, with conflicting demands and loyalties to one’s king and family. The mythical valkyrie thus tells us something about Norse society beyond warfare, namely that women had agency and were considered important. Although the evidence suggests that women were not equal to men on a structural level, sagas and poems often depict them as their husbands’ trusted advisors. Some dominate their male kin – for better or worse – goading them to take up weapons or mollifying them before they make a crisis worse. Either way, they are not powerless. Women were often buried in splendour and their status is also demonstrated in the evidence of runestones – memorial stones raised in public places – sometimes funded by women. The valkyrie, a central concept in the violent times of the Viking Age, would not have existed, nor had such appeal, if she hadn’t had some basis in the culture from which she emerged. 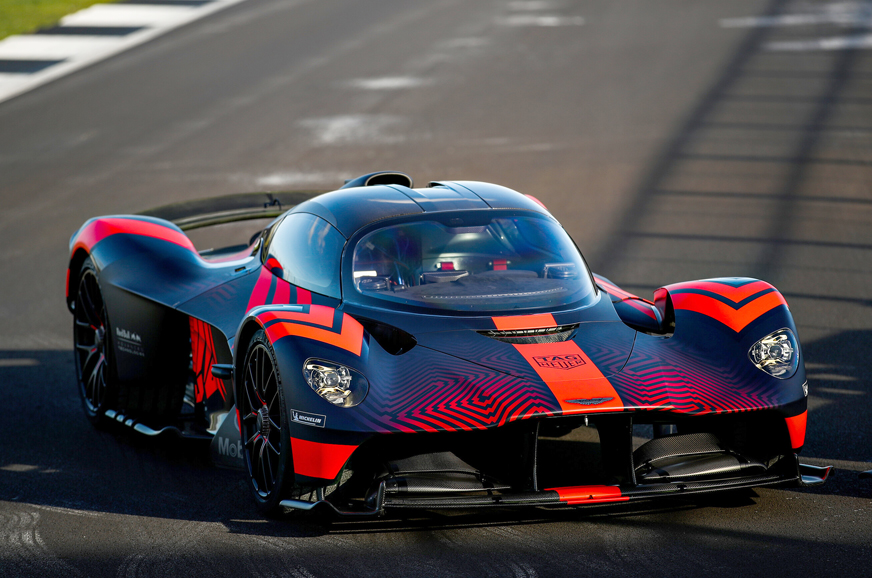 Ride Of The Valkyrie 1

Jóhanna Katrín Friðriksdóttir is the author of Valkyrie: The Women of the Viking World (Bloomsbury, 2020). She works at the National Library of Norway in Oslo.