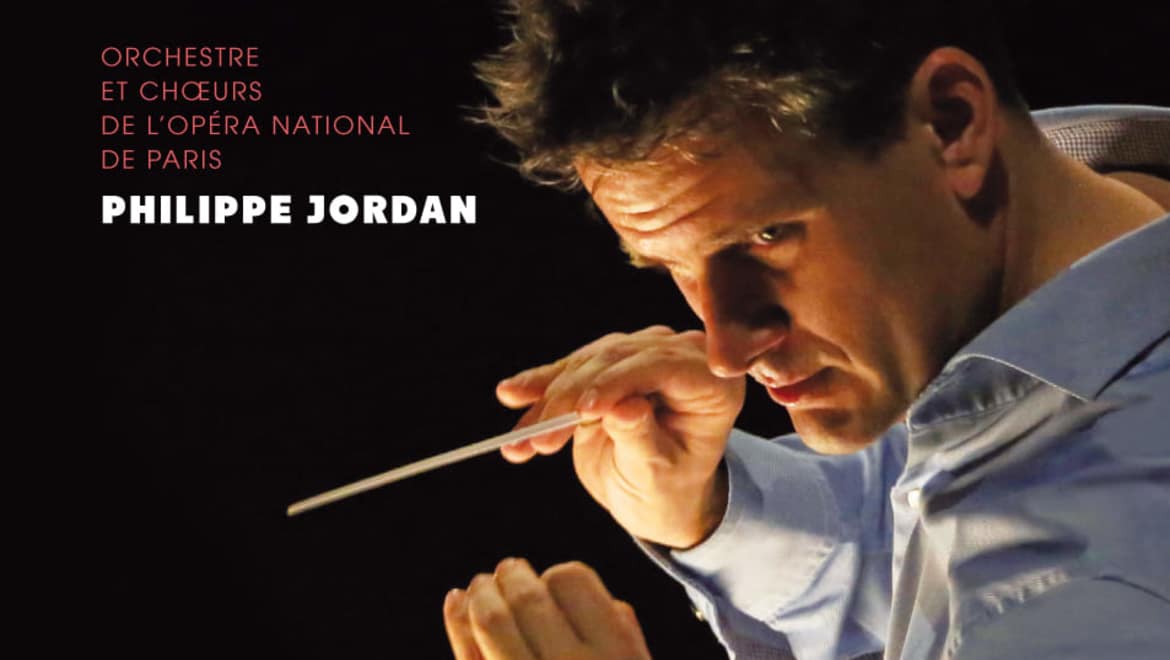 Philippe Jordan is known for his work on Moses und Aron (2017), Les contes d'Hoffmann (2016) and Madama Butterfly (2020). See full bio » More at IMDbPro » Contact Info: View agent, publicist, legal on IMDbPro. Philippe Jordan (born 18 October 1974) is a Swiss conductor and pianist. Coming from an artistic Swiss family, Philippe Jordan’s career has taken him to all the world’s major opera houses, festivals and orchestras, and he is regarded as one of the most established and important conductors of our time. He has been appointed Music Director of the Wiener Staatsoper beginning in September 2020.

Philippe Jordan (born 18 October 1974, in Zuerich), the son of the famous conductor Arnim Jordan (1932-2006) and a mother who was a ballerina, elevates the Ninth in the latest Paris-Bastille National Orchestra 2014-2016 cycle to the forbidding heights of Mount Olympus. The Orchestra of the Royal Opera House, Philippe Jordan (conductor) & David McVicar (stage director) The only ideal voice to be heard is the first, Joseph Kaiser's as an angelic-sounding Narraboth; but most shortcomings are overridden by Jonathan Haswell's accomplished filming.

Maestro Jordan’s career on the podium began as Kapellmeister at Germany’s Stadttheater Ulm and at the Staatsoper Unter den Linden in Berlin. From 2001 to 2004, he was Principal Conductor of Austria’s Oper Graz and the Grazer Philharmonisches Orchester. During that period, Jordan also debuted at many of the most important international opera houses and festivals, including the Metropolitan Opera and Houston Grand Opera, the festivals of Salzburg, Aix-en-Provence, and Glyndebourne, as well as the Royal Opera House, Covent Garden; Wiener Staatsoper, Bayerische Staatsoper, and the Festspielhaus Baden-Baden. From 2006 to 2010, Jordan served as Principal Guest Conductor of Berlin’s Staatsoper Unter den Linden, and in summer 2012 he made his debut at the Bayreuther Festspiele, leading a production of Parsifal. He returned to New York in spring 2019 to conduct the complete Ring of the Nibelung at the Metropolitan Opera.

As a symphonic conductor, Maestro Jordan has worked with such renowned European orchestras as the Berliner, Münchner, and Wiener Philharmoniker, the Staatskapelle Berlin, the Wiener Symphoniker, the RSO Wien, the Orchestre Philharmonique de Radio France, the Philharmonia Orchestra of London, the London Symphony Orchestra, the Orchestra dell’Accademia Nazionale di Santa Cecilia in Rome, the Orchestre de la Suisse Romande, the Tonhalle-Orchester Zürich, the Chamber Orchestra of Europe, the Mahler Chamber Orchestra, the Gustav Mahler Jugend Orchester, the NDR Sinfonieorchester Hamburg, and the Salzburger Mozarteumorchester. In North America, he has conducted the symphony orchestras of Seattle, St. Louis, Dallas, Detroit, Chicago, Cleveland, Philadelphia, Washington, Minnesota, Montreal, Los Angeles, New York, and San Francisco. In the current season, he will work again with the New York Philharmonic as well as the Los Angeles Philharmonic.

In his work with the Wiener Symphoniker, Maestro Jordan has developed complete cycles of Beethoven’s symphonies and piano concertos (combined with the large-scale orchestral works of Béla Bartók) and the symphonies of Schubert. Additionally, he has begun work on a cycle of the great masses and oratorios by Johann Sebastian Bach. In addition to recordings, Maestro Jordan’s Beethoven symphony cycle has been performed in both the Musikverein Wien (2016/17) and the Wiener Konzerthaus (2017/18). Additionally, in the 2017/18 Season, he led a three-part Bruckner project, also at the Musikverein, in which the composer’s Seventh, Eighth, and Ninth symphonies were presented in contrasting dialogue with classic works of the modern period by Kurtág, Ligeti, and Scelsi. In the 2018/19 season, Maestro Jordan’s work with the Wiener Symphoniker focused on the works of Hector Berlioz, including performances not only of the composer’s best-known works such as La Damnation de Faust and Symphonie fantastique, but also rarely performed works such as the opulently instrumented Requiem, the lyrical melodrama Lélio ou Le retour à la vie, und the song cycle Les Nuits d’été. In the center of his final season as Principal Conductor of the Symphoniker stands the work of Johannes Brahms. In addition to concerts featuring the First Piano Concerto and the Violin Concerto, Jordan presented all four Brahms symphonies at the Musikverein to open the orchestra’s 2019/20 season. As part of the celebrations in honor of Beethoven’s 250th birthday, Jordan will reconstruct the legendary 1808 Orchesterakademie both in Paris and Vienna. Under the title “Milestones,” he will conduct works that transformed and revolutionized musical history: in addition to Stravinsky’s Sacre and another Bach program, this series will also include both Mahler’s Second and Eighth symphonies, which will be performed towards the end of the season.

In the summer of 2017, Maestro Jordan conducted a new production of Die Meistersinger von Nürnberg in Bayreuth, which he repeated 2018 and 2019, and will lead again in 2020. 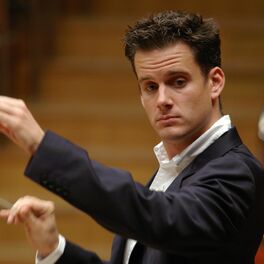 Philippe Jordan has also been active as a recording artist, releasing recordings such as Carmen (Glyndebourne Festival), Werther (Wiener Staatsoper), Doktor Faust (Opernhaus Zürich), Salomé (Royal Opera House, Covent Garden), Tannhäuser (Baden-Baden), and Le Nozze di Figaro (Opéra de Paris). His recording of Pelléas et Mélisande at the Opéra national de Paris garnered the “CHOC de l’année” for Classical Music DVDs. In addition to operatic recordings, Maestro Jordan has recorded extensively for the Naïve label, including the complete Beethoven piano concertos with François-Frédéric Guy, soloists, and the Orchestre Philharmonique de Radio France, as well as Richard Strauss’ Alpine Symphony with the orchestra of the Opéra national de Paris, which also earned the “CHOC de l’année Classica.” Additionally, Jordan’s recording of Stravinsky’s Rite of Spring was honored with the “CHOC du Monde de la Musique.” On the Erato label, Maestro Jordan and the orchestra of the Opéra national de Paris have recently released recordings of Verdi’s Requiem and symphonic excerpts from Wagner’s Ring and Ravel’s Daphnis and Chloe and La Valse. On DVD, he led the orchestra of the Opéra national de Paris in the complete cycles of Beethoven symphonies (2016) and Tchaikovsky symphonies (2019).

His recording work with the Wiener Symphoniker includes discs of Tchaikovsky’s Symphony No. 6, “Pathétique” (2014) and Schubert’s Seventh and Eighth symphonies (2015). A recording of the complete Beethoven symphonies with the Wiener Symphoniker was completed in autumn 2019. The first installment, encompassing the composer’s First and Third symphonies, was released in fall 2017, the second with Fourth and Fifth symphonies in spring 2018, with further releases in fall 2018 (symphonies 2 and 7), and winter 2019 (symphonies 6 and 8). The full five-disc set is planned to be released by the end of Beethoven’s 250th anniversary year in 2020. In the summer of 2019, a double CD featuring Berlioz’ Symphonie fantastique and its sequel, the lesser-known Lélio, was released to critical acclaim. For the 2019/20, the release of two double CDs featuring all four Brahms symphonies is also planned.

Philippe Jordan (born 18 October 1974) is a Swiss conductor and pianist.

Born in Zürich, the son of conductor Armin Jordan, he began to study piano at the age of six. At age eight, he joined the Zürcher Sängerknaben. He has acknowledged that he wished to become a conductor, like his father, at age 9.[1] His violin studies began at age 11. At 16, he entered the Zürich Conservatory where he obtained his diploma in piano instruction, with honors. He studied theory and composition with the Swiss composer Hans Ulrich Lehmann and continued his piano studies with Karl Engel. At the same time, he worked as an assistant to Jeffrey Tate on Richard Wagner's Der Ring des Nibelungen at the Châtelet in Paris.

In the 1994/1995 season, Jordan was appointed first Kapellmeister and assistant to James Allen Gähres at the Theater Ulm.[2] The following year, he made his debut at the Théâtre Royal de la Monnaie in Brussels. He has since conducted at the Grand Théâtre in Geneva, the Vienna Staatsoper, the Châtelet in Paris, the Semperoper in Dresden and the Aix-en-Provence International Festival.

From September 1998 to June 2001, Jordan was Kapellmeister and assistant to Daniel Barenboim at the Berlin State Opera (Staatsoper Unter den Linden). He now holds the title of principal guest conductor at the Staatsoper unter den Linden. Jordan was chief conductor of the Graz Opera and of the Graz Philharmonic Orchestra from September 2001 to June 2004.

In the 2001-2002 season, Jordan made his US operatic debut conducting Samson et Dalila at the Houston Grand Opera, and his UK operatic debut conducting Carmen at the Glyndebourne Festival Opera. In the 2002-2003 season, he made his debuts at the Metropolitan Opera and the Royal Opera House, Covent Garden. He made his first conducting appearance at the Bayerische Staatsoper in Munich in April 2004, and at the Bastille Opera in Paris in October 2004. His first appearances at the Salzburg Festival took place in the summer of 2004.

In addition to conducting, Jordan also performs as a pianist in recital and chamber music, such as at the Schubertiade Schwarzenberg. His commercial recordings include Beethoven symphonies with the Vienna Symphony.[13] 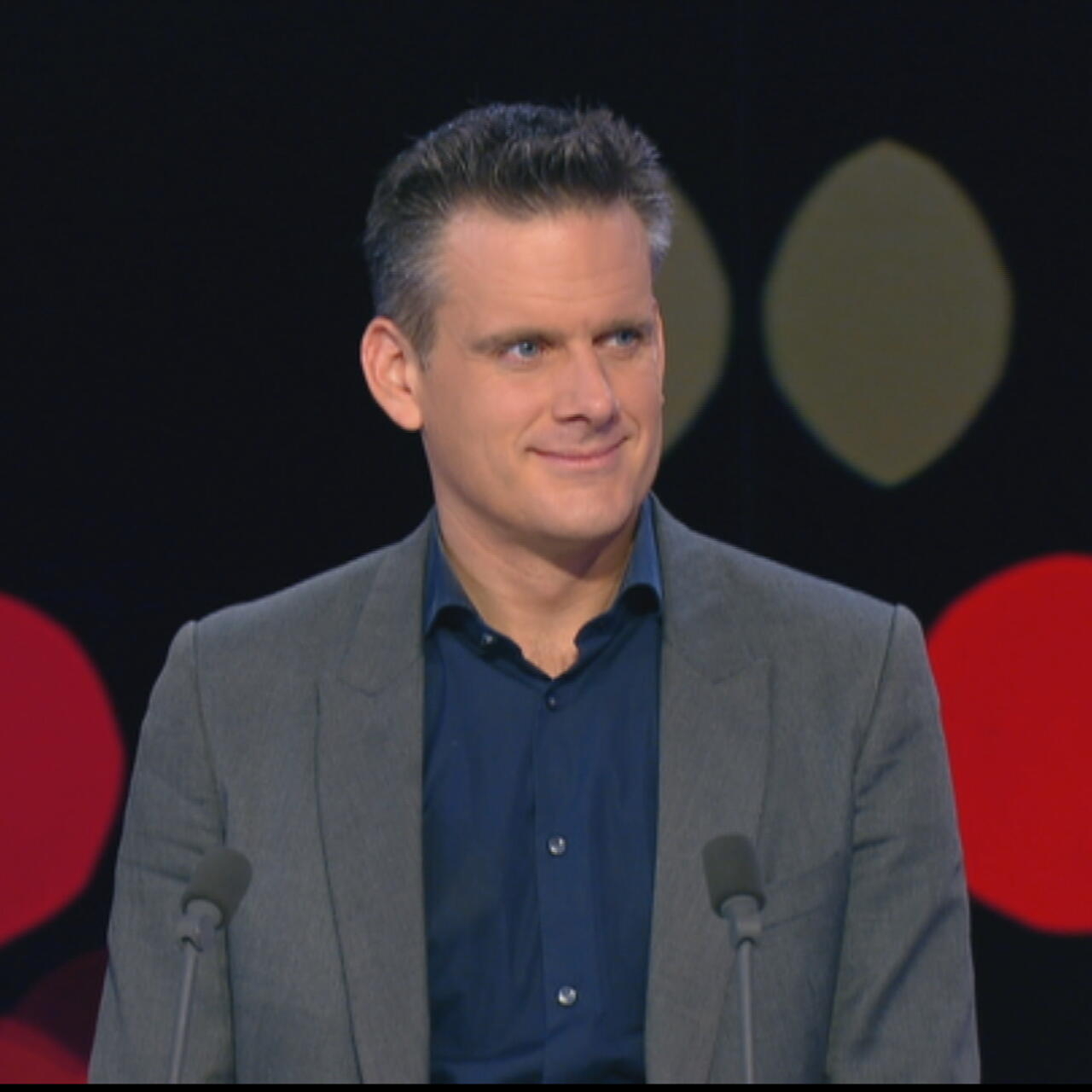