Richard Nixon’s 1953 Far East Trip holds pivotal, if little known, importance in the history of US-China relations. It was on this trip that Nixon realized the true importance of China in the fight against communism, and began to take it seriously as a significant threat. His insight was not the common belief at the time. 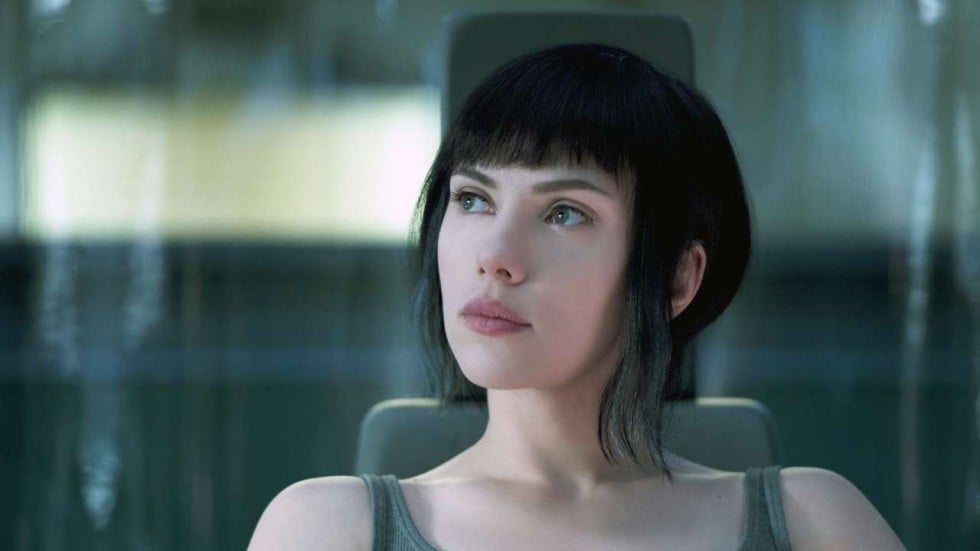 Lyric strives toward new levels of achievement with ambitious opera.

Nixon in China is drawn on a scale that is as grandiose as anything in opera, and the best productions of it embrace this cultural, historical and conceptual expansiveness with all their hearts. The Lyric Opera of Kansas City has taken up that challenge, intent on showing off the full capabilities of the new Kauffman Center’s opera house, and the production of John Adams’ and poet Alice Goodman’s 1987 opera that opened March 10th does extraordinary service to this path-forging piece of theater. It is not just a highlight of the current season, the Lyric’s first in the Center, but it’s one of the most ambitious undertakings in the company’s history. 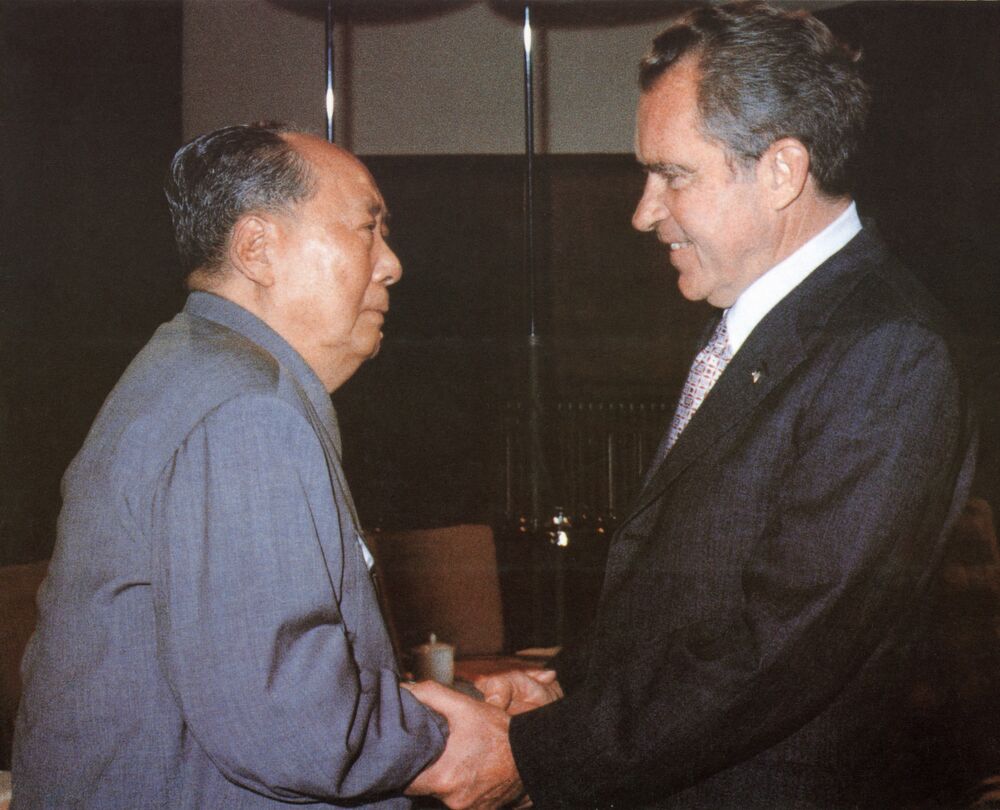 With a cast of top international singers and a state-of-the-art sound system – Nixon’s fully (and at times raucously) amplified score benefits from the savvy sound design by Braxton Cornelius – the Lyric has successfully adapted director Michael Cavanagh’s and set designer Erhard Rom’s fascinating vision of the opera, in a production first created for Vancouver Opera that is substantially different from Peter Sellars’ original production at Houston Grand Opera.

Lyric artistic director Ward Holmquist was involved in that original production, and the success of the Lyric’s version lay heavily both on his sanguine conducting of the shimmering, fiendishly difficult score and on his (and his company’s) ability to line up a stellar cast, several of whom are friends and former colleagues. As in a Wagner opera, the eclectic orchestral part in Nixon is an essential “character” in its own right: With its blend of minimalism, jazzy dance numbers, and rock-star volume (and there’s even an allusion to the end of Götterdämmerung), Nixon is one of the most innovative and exhilarating scores in the operatic repertoire. The Kansas City Symphony performed yeoman’s duty in the pit, charging through the score’s repetitive patterns and irregular rhythms with skill; only the occasional squeak or blat hinted at the difficulty of the score (not to mention a cumulative exhaustion factor).

Nixon tells the story of the former president’s historic visit to Mao’s China, and the meetings and state affairs that took place, but it does so with a mixture of real-time events and abstract musings in which characters move in and out of time and place. Cavanagh and Rom take a mostly abstract approach, at least in terms of the physical look of the piece, but happily they do not stint on the opening coup de théâtre of the president’s arrival, by now one of the most famous moments in opera – here perhaps even more effective than in the original. A video projection shows the president’s plane landing from above our heads; then we see it return, turn toward us, and park: But a scrim makes us think we might still be seeing a projection. When it’s lifted – ta dah! there’s the enormous aircraft, or a reasonable semblance of it. Other scenes are simpler and yet clean in design, as when the principals first sit to talk in giant red chairs, which become props for a remarkable “dance” of the main figures: Through the scene they continually move about the room, trading places, sitting, standing, forming varying groups.

The use of screens and scrims is notable throughout the show. Be they unrolled Chinese scrolls or revolutionary signs, the screens are frequently turned into projection screens cast with video images pertaining to the conversation at hand. (The video design is by Sean Nieuwenhuis.) As Pat Nixon tours a factory and admires a small elephant she’s received as a gift, we see images of factories producing hundreds of those elephants, as one character proudly remarks. The look of Act 3 I found a bit more problematic. The set looked cluttered at the outset, evidently by design, and as Nixon and Pat and Mao and Chiang Ch’ing reflected on their respective pasts, the supers gradually removed the furniture: Conceptually it is an interesting idea, but overall there remained a sort of ungainliness to it.

Adams has fun with operatic conventions in the casting of his lead roles: Nixon is the troubled baritone with a tragic flaw (Rigoletto), Mao is the over-confident tenor with a massive ego (Siegfried), Pat is the simple, longsuffering wife (Madama Butterfly), Chiang Ch’ing is the angry shrew (Queen of the Night) – well you get the point. (The score of Nixon uses older transliterations of the spellings of Chinese names.) James Maddalena, the original Nixon 25 years ago, headed up a cast of players who seem so comfortable and familiar with each other you’d think it was just another Traviata. His voice is still strong – a bit diminished perhaps in certain ranges – and he brings a genuineness to the role, as well as humor and warmth, which one would expect from someone who has sung it some 100 times. Alan Woodrow is the brash heldentenor Mao: He was especially effective in Act 1 where his character tries everyone’s patience – including, perhaps, that of the audience – with his obscure philosophical rant. Nixon seems to “get” him, but expresses himself more directly. Daniel Belcher as Chou En-lai was nimble and light on his feet, and his colorful baritone suited the role. Richard Paul Fink’s serious demeanor and always distinctive voice (he’s one of those singers you could identify in the dark) made his Henry Kissinger into a more serious role than usual, more absentminded professor than buffoon. 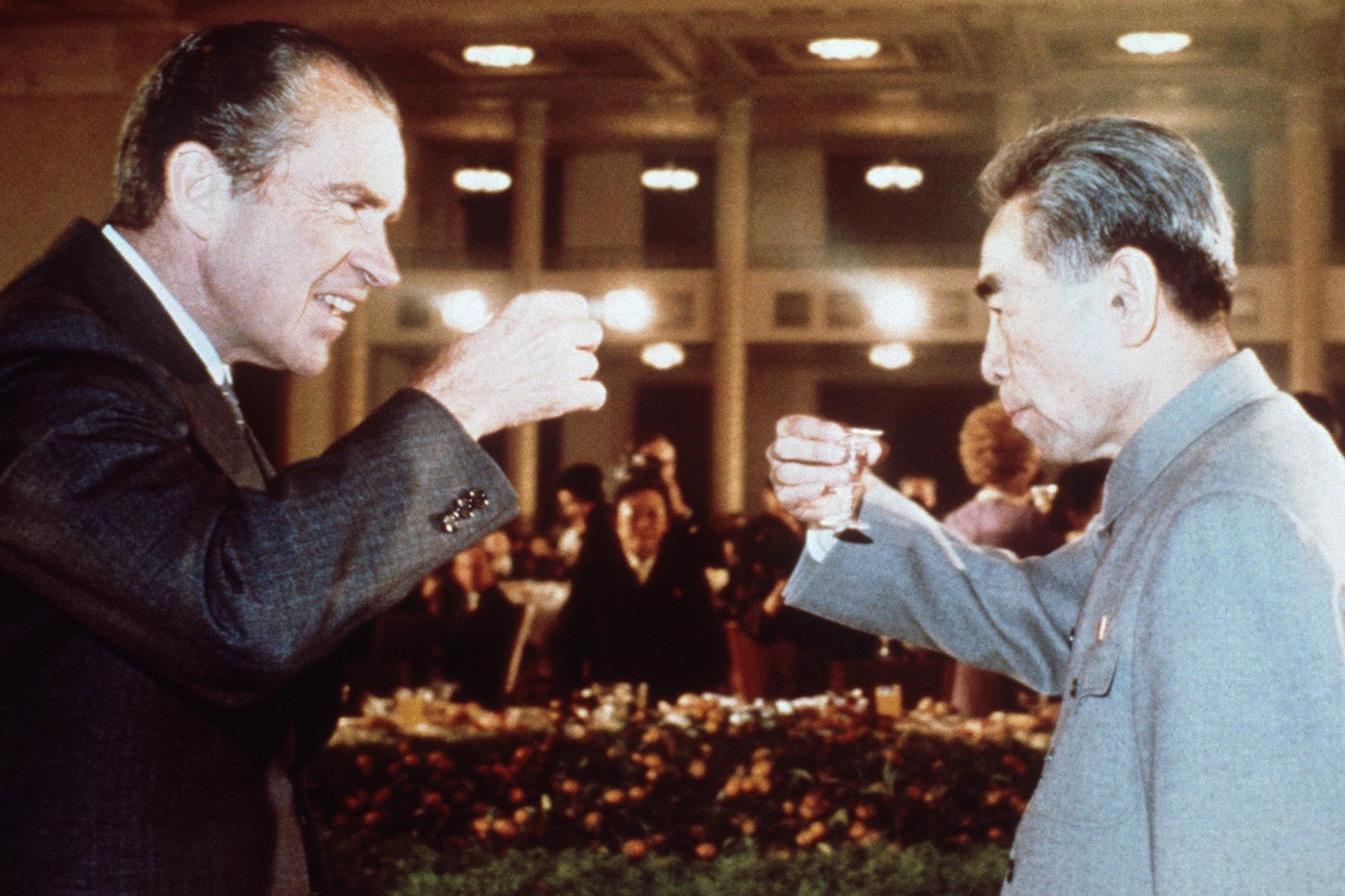 Among the women, Maria Kanyova brought an ease to the role of Pat, as she helped anchor her more volatile husband: She was touching in her big Act 2 scena “This is prophetic,” in which she yearns for a return to a simpler, more honest , family-oriented life. Imperious Audrey Luna was a veritable fireball as Chiang Ch’ing, Mao’s glamorous wife. Her big aria “I Am the Wife of Mao Tse-Tung,” which she sang with a brilliant coloratura that wobbled only on top a bit, is probably the most memorable tune in the opera, the one that you find yourself singing as you leave the theater. Mao’s three assistants (Holly White, Kristee Haney, Jennifer Powell) sang their bizarre “echo-trios” with admirable clarity.

Nixon is a remarkable opera, though not a perfect one: Its repetitive style goes a bit far in some places, particularly during the Act 2 ballet scene. The Lyric’s production had some off moments, too, as when everybody broke into incongruous and at times rather silly dances in Act 3 (as Chiang announces crudely that she and Mao were going to show everybody how to really dance). Moreover, the voices were growing fatigued by Act 3, and pitch began to suffer, though the final ensemble was still highly effective. Nixon in China ends gorgeously, with overlapping ascending string lines that are like question marks, suggesting the uncertainty of the visit’s outcome, or indeed of any human endeavor.

By Paul Horsley David Ludwig knows better than to attach a “back-story” to a piece irrevocably, although he has openly stated that his new Violin Concerto was inspired by his…

By Paul Horsley Each production of The Nutcracker is to some extent a balancing act between spectacle and dance. At best it seamlessly integrates the colors and stagecraft that keep…

By Paul Horsley The Lyric Opera of Kansas City deserves applause for taking on an opera in Czech for the first time in its history, but the opening performance of…

By Paul Horsley Balanchine’s The Four Temperaments is a work of such startling visual clarity, musicality and modernity that it’s astonishing to contemplate that it predates not just most of…

A metaphor used when a political figure known for a particular stance or approach takes actions that promote peace with or favor the values of their traditional enemy or opponent. A reference to former US President Richard Nixon's visit to the People's Republic of China in 1972, which marked the beginning of improved diplomatic relations between the two countries. Prior to the visit, Nixon was renowned for his staunchly anti-communist position. Many view the healthcare-reform legislation as a 'Nixon in China' moment for the notoriously anti-socialist governor.
Farlex Dictionary of Idioms. © 2015 Farlex, Inc, all rights reserved.
See also:
Want to thank TFD for its existence? Tell a friend about us, add a link to this page, or visit the webmaster's page for free fun content. 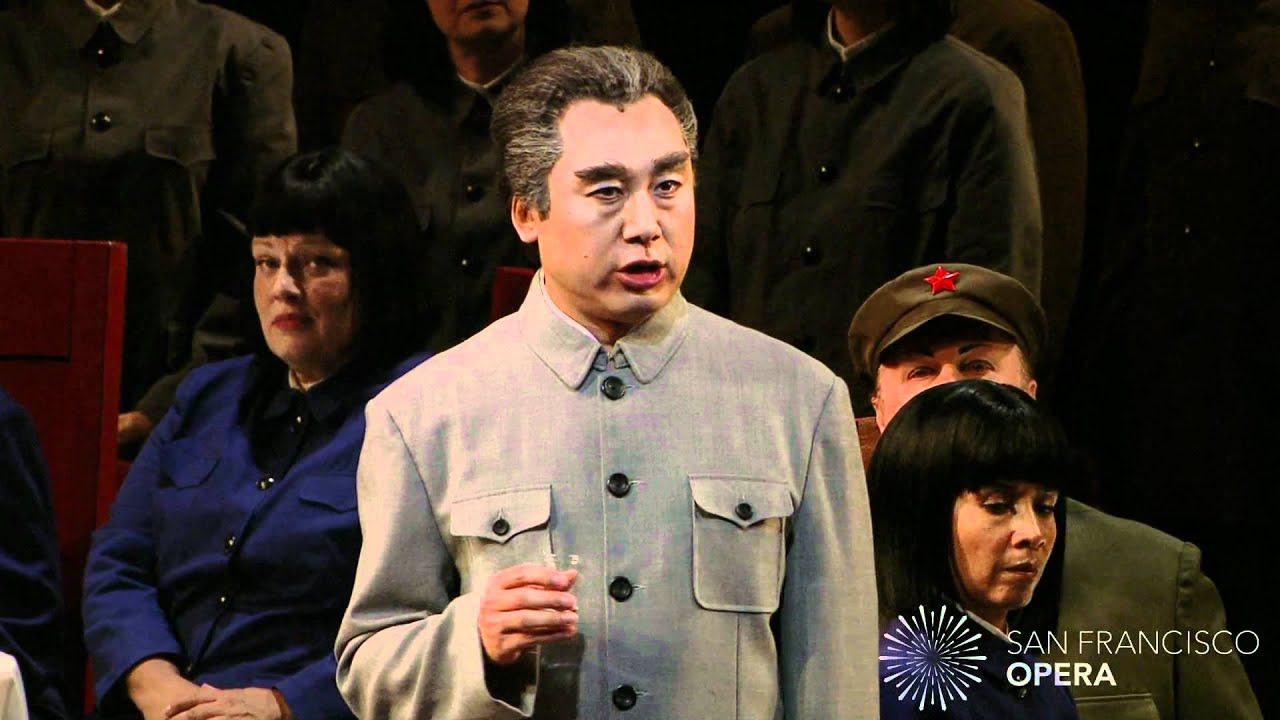