In March 2020, the Met made the difficult decision to cancel the remainder of its 2019–20 season, due to the escalating COVID-19 pandemic. But rather than leave opera fans wanting for great performances, the company instead began streaming free nightly encore presentations of past Live in HD transmissions online. As part of these efforts to keep opera alive during the closure, the Met also presented an unprecedented live At-Home Gala on April 25. Hosted by General Manager Peter Gelb in New York and Music Director Yannick Nézet-Séguin in Montreal, the virtual event brought together more than 40 of opera's greatest artists to perform from their homes in 14 countries—from baritone Peter Mattei in Sweden's Stockholm Archipelago to soprano Anna Netrebko in Vienna, Austria. The Gala also featured pre-recorded segments showcasing the extraordinary Met Orchestra and Chorus in selections from Cavalleria Rusticana, Lohengrin, and Nabucco—as well as a moving tribute to violist Vincent Lionti, who passed away from complications of the coronavirus. While the company has a history of presenting spectacular Gala performances, it truly reached a new high with this one-of-a-kind presentation.

The Metropolitan Opera Gala 1991 was a four-hour concert staged by the Metropolitan Opera on 23 September 1991 to celebrate the 25th anniversary of its opening night in its second home at Lincoln Center. It was televised by Cablevision, and issued by Deutsche Grammophon on Laserdisc and VHS videocassette in 1992 and on DVD in 2010. 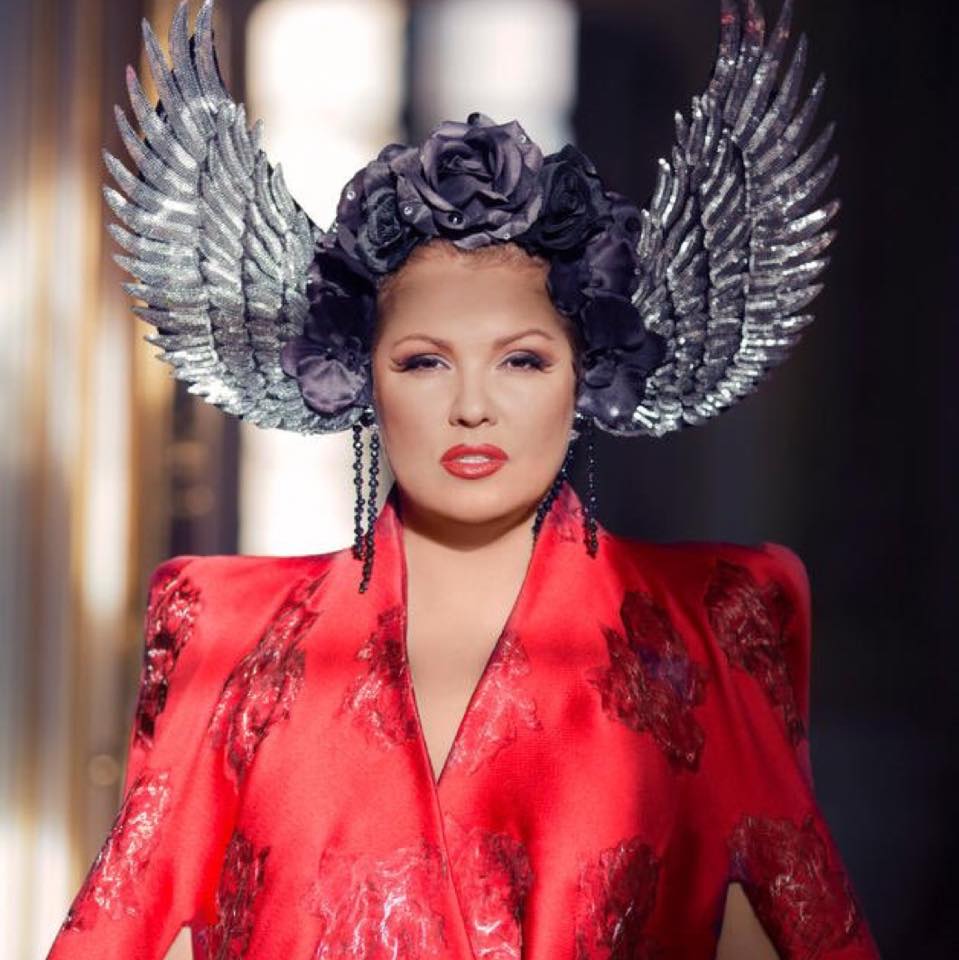 The Metropolitan Opera Gala 1991 was a four-hour concert staged by the Metropolitan Opera on 23 September 1991 to celebrate the 25th anniversary of its opening night in its second home at Lincoln Center. It was televised by Cablevision, and issued by Deutsche Grammophon on Laserdisc and VHS videocassette in 1992 and on DVD in 2010.

Originally based in a theatre on the junction of Broadway and 39th Street in New York City, the Metropolitan Opera began performing in its second home at Lincoln Center in 1966, starting the second phase of its life with the première of an opera commissioned for the occasion, Samuel Barber's Antony and Cleopatra. The Met celebrated the silver anniversary of that event with a gala that lasted for some four hours.[1]

The original stage productions were supported by the Gramma Fisher Foundation of Marshalltown, Iowa, with supplementary help from Mr and Mrs Paul M. Montrone for Rigoletto, from Mrs John D. Rockefeller for Otello and from Mrs Donald D. Harrington for Die Fledermaus. The revival of Rigoletto was supported by the Edith C. Blum Foundation. The television broadcast of the gala was supported by the Texaco Philanthropic Foundation, Inc., the National Endowment For the Arts and the Charles E. Culpeper Foundation. The gala was jointly produced by the Metropolitan Opera, Cablevision, NBC, PolyGram and MAX Japan.[1]

Presented in a stage production by Otto Schenk (b. 1930), with set and costume design by Zack Brown, lighting design by Gil Wechsler and stage direction by Sharon Thomas. Featuring Luciano Pavarotti as the Duke of Mantua, Cheryl Studer as Gilda, the Duke's daughter, Leo Nucci as Rigoletto, the Duke's court jester, Nicolai Ghiaurov as Sparafucile, a brigand, and Birgitta Svendén as Maddalena, Sparafucile's daughter.

Presented in a stage production and set designed by Franco Zeffirelli (1923-2019), with costume design by Peter J. Hall (1926-2010), lighting design by Gil Wechsler and stage direction by Fabrizio Melano. Featuring Plácido Domingo as Otello, a Moor, commander-in-chief of the Venetian fleet, Mirella Freni as Desedemona, Otello's wife, Justino Díaz as Iago, an ensign, Sondra Kelly as Emilia, Iago's wife, Uwe Heilmann as Cassio, a platoon leader, Paul Plishka as Lodovico, ambassador of the Venetian republic, Charles Anthony as Roderigo, a Venetian gentleman, and Dwayne Croft as a herald. 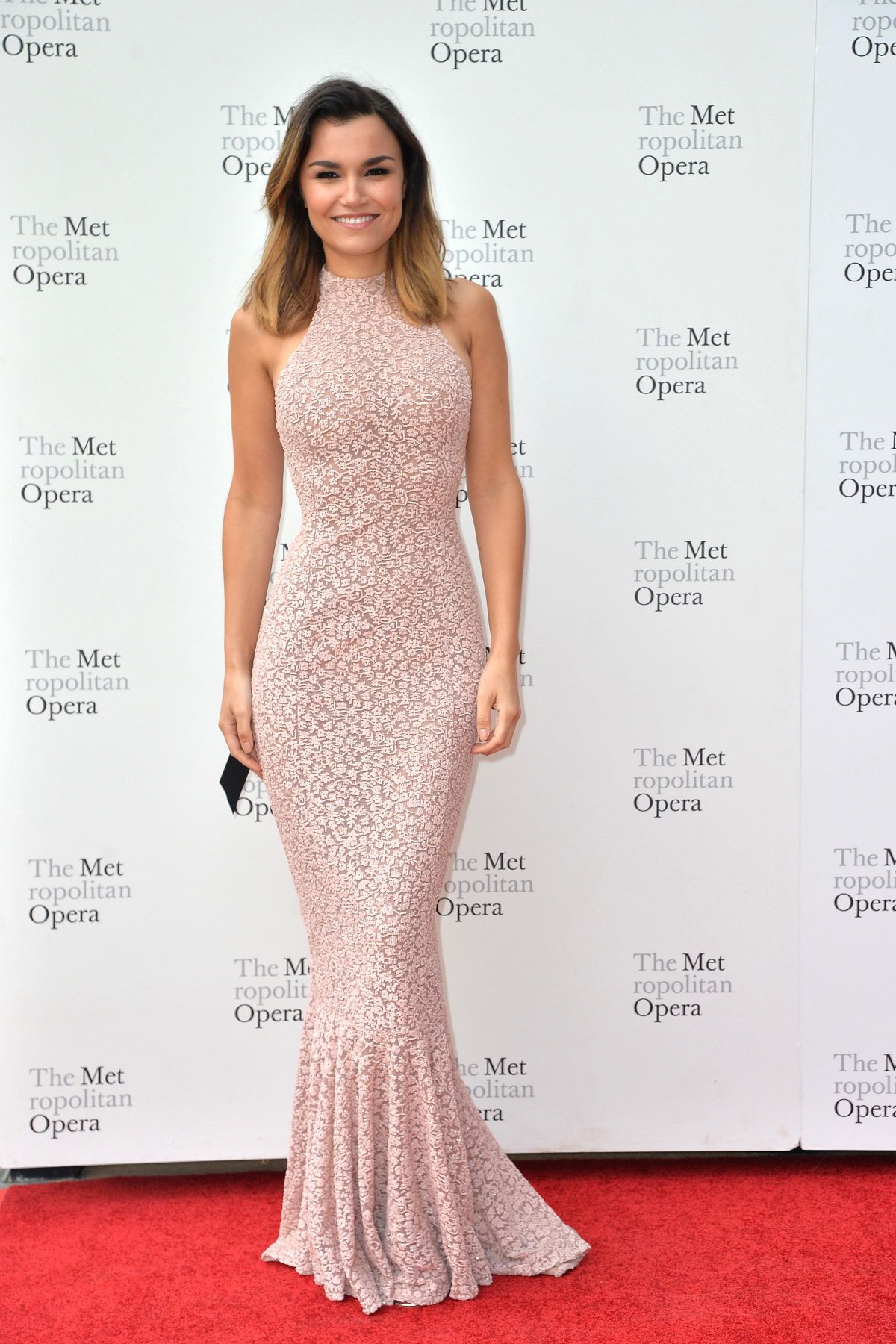 Edward Rothstein reviewed the gala in The New York Times on 25 September 1991. The Met's first night at Lincoln Center, he recalled, had been an utter catastrophe, and the gala celebrating its silver anniversary in its second theatre had begun with disappointments just as discouraging as those of the première of Barber's Antony and Cleopatra in 1966.[2]

The third act of Rigoletto began the concert with 'a nearly funereal mood, and not quite the one anybody had in mind'. Luciano Pavarotti's 'groping make-out scene' with the injudiciously cast Birgitta Svendén was unfortunate, and his singing did not show him at his best. His voice sounded constricted, and a histrionic laugh could not conceal that a climactic note had cracked. An excerpt 'drained of human characters, offering pasteboard roles and posing voices' was partly redeemed by the force and personality of Nicolai Ghiaurov as Sparafucile.[2]

Matters improved with the third act of Otello, but only marginally. Justino Díaz was 'curiously insubstantial' as Iago, and Plácido Domingo 'stolid' as the Moor of Venice. Mirella Freni exhibited her ability to sing high notes very loudly. Conducting, James Levine 'seemed to treat the music as a collection of fragments designed for glitter and response ... belting out exclamations with little thought for proportion and sense and drama'. One began to question whether the idea of turning bleeding chunks of operas into showcases for celebrities might not be essentially misconceived.[2]

But the feeling of the evening lifted abruptly with the second act of Die Fledermaus. Hermann Prey's 'winsome' Eisenstein and Barbara Daniels's 'brash' Rosalinde introduced 'a party that became a triumphant homage to the powers of the voice', as the tradition of interpolating guest appearances into Orlofsky's festivity was honoured in 'one of the most exquisitely refined and extravagant assemblages of vocal artistry' in the Met's entire 108-year history.[2]

Hermann Prey evoked memories of his 1966 Met Papageno with an aria that brought the bird-catcher to life with expressive artlessness. Thomas Hampson won an overwhelming ovation with the energy, accuracy and supernatural acting of his 'Largo al factotum'. Kathleen Battle combined delicately engraved phrasing and a tone of sensuous velvet in 'O luce di quest'anima'. Frederica von Stade was charming and kindly in 'Ah! Que j'aime les militaires'. Broadway was acknowledged by Sherrill Milnes in 'Maria' and by Samuel Ramey in 'The impossible dream'. Ferruccio Furlanetto, currently starring at the Met as Don Giovanni, contributed Leporello's catalogue of his master's conquests.[2]

June Anderson was immaculate and celestial in 'Je suis Titania'. Aprile Millo was suitably overcome by emotion in 'La mamma morta'. Mirella Freni was forcefully eloquent in 'Io son l'umile ancella'. And Pavarotti and Domingo joined forces in a duet from La Bohème, 'clowning with scarves, clasping shoulders and hands and showing a subtle but good-hearted rivalry in their singing and bows'.[2]

All in all, despite its moments of strain and its lapses into vanity, the gala was 'a grand-scale tribute to a great opera company', and one was left admiring the gifts of the evening's soloists and Levine's manifest affection for them.[2]

The gala was also reviewed by Martin Bernheimer in The Los Angeles Times,[1] by Peter G. Davis in New York Magazine[3] and by Tim Page in Newsday.[1] It was also discussed in Opera News,[4]Opernwelt,[5]Stereo Review[6] and in Dantia Gould's The pay-per-view explosion (1991).[7]

The gala was broadcast live on Cablevision pay-per-view television on 23 September 1991.[1]

Deutsche Grammophon issued the gala in several formats, all with 4:3 NTSC colour video: a 181-minute pair of CLV (constant linear velocity) Laserdiscs (catalogue number 072-528-1) released in 1992,[9] a 167-minute VHS videocassette (catalogue number 072-528-3) also released in 1992[10] and a 179-minute pair of Region 0 DVDs (catalogue number 00440-073-4582) released in 2010.[1] The DVDs have audio in both lossless PCM stereo and an ersatz 5.1 channel DTS surround sound upmix synthesized with the AMSI II (Ambient Surround Imaging) technology created by Emil Berliner Studios.[1] They have subtitles in Chinese, English, French, German and Spanish, and - although only for items sung in that language - Italian, and are accompanied by a 24-page booklet with four photographs and an essay by Richard Evidon in English, French and German.[1]