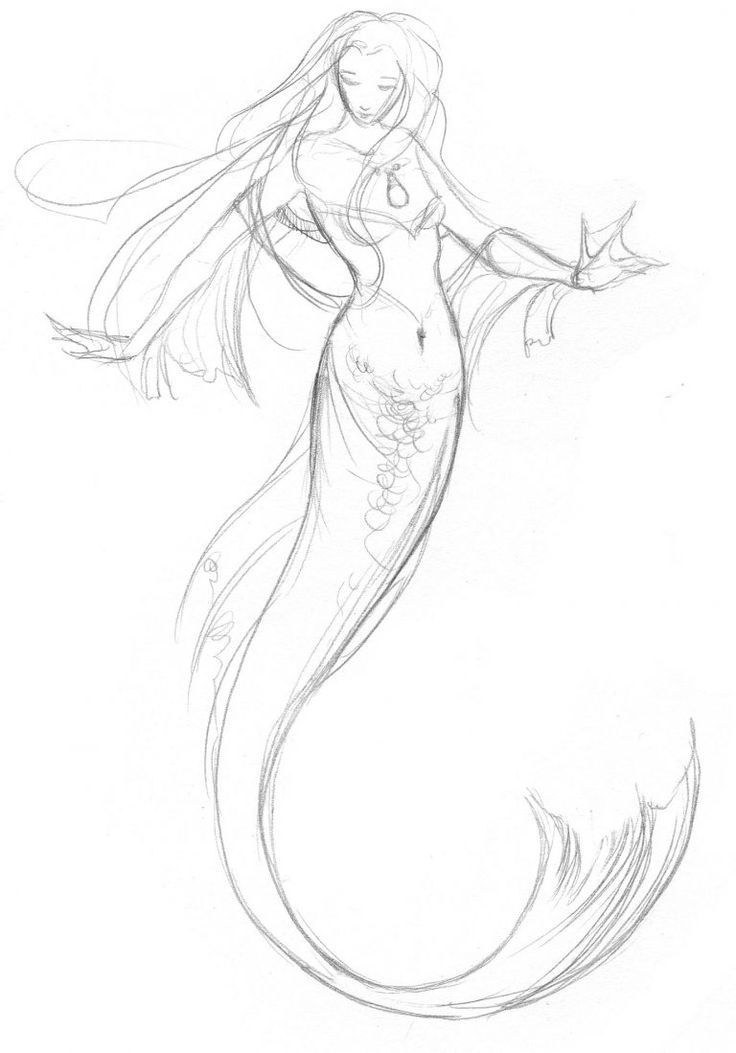 In 1892, J.W. Waterhouse signed and dated a small oil sketch of a mermaid combing her hair (now in a New York private collection). Its date confirms that this motif fascinated him for at least eight years, as it was only in 1900 that he finally completed the large A Mermaid as his Diploma Work for the Royal Academy’s permanent collection. Perfectionistic and chronically tardy, Waterhouse must have agonized over A Mermaid because he knew that it would represent him forever. Surely he would be pleased that today it is recognized internationally, primarily because it features an iconic example of what has come to be known as ‘the Waterhouse girl’ – a pale-skinned, rosy-cheeked redhead combing her hair and gazing dreamily into the distance.
The present sketch almost certainly dates from the period 1892-95, and is an important rediscovery. Firstly, it is much larger than the three other Mermaid sketches known to survive; indeed, it is almost as large as the final version, and thus was probably made later in the preparatory process. Secondly, it is closer to the final picture in terms of both colouring and setting, as here the artist ‘stepped back’ to present not only a highly finished figure, but also a lively expanse of seawater. For the backdrop, he opted not to use the massive grey rocks of the final version, but glowing pinkish cliffs related to those in his Ulysses and the Sirens (1891) and Ariadne (1898).
The present picture offers rare evidence of how Waterhouse built up his surfaces with loose strokes, concentrating most on the face and hair, and delighting in the jewel-like blues, greens, and mauves of the waves. He probably drew inspiration from Tennyson’s The Mermaid (1830), which asks: 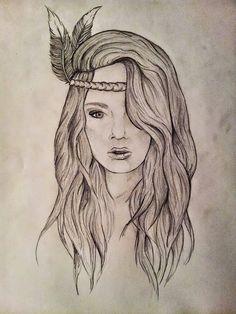 “Who would be
A mermaid fair,
Singing alone,
Combing her hair…”

Through poetry like Tennyson’s and stories such as Hans Christian Andersen’s The Little Mermaid (1855), the Victorians fantasized that water-women sought to experience human love and secure a soul by luring sailors. This notion was further reinforced by the best-known water-woman in search of love, Ophelia, whom Shakespeare compared to a mermaid as she drowned. Ignoring her flushed cheeks, the Daily Telegraph saw in Waterhouse’s final rendition of A Mermaid a ‘cold, impersonal beauty, happily distinguished from the warmth of humanity’, while the Art Journal noted her ‘wistful-sad look’ and observed that ‘never can this beautiful creature, troubled with emotion, experience … the joys of womanhood’.
This subject relates to other important scenes Waterhouse developed in the 1890s, including La Belle Dame Sans Merci (Hessisches Landesmuseum, Darmstadt), Ophelia (private collection), and Hylas and the Nymphs (Manchester Art Gallery). In all of these, an unearthly young woman holds her hair in full or three-quarter profile. More complex are the Symbolist interconnections Waterhouse perceived among these nature-women: whether their stories derive from Keats, Shakespeare, Ovid, or folk traditions, the girls are both enchanted and enchanting, due in large measure to the erotic possibilities of their untrammelled hair and the songs they sing. Across Europe in the 1890s, the interconnections of sex, death, water, and music were explored by artists partly in response to growing male anxiety about women’s demands for equality; among the explorers of this terrain were Waterhouse, Burne-Jones, Klimt, Stuck, and Böcklin. Still another influence was the growing prestige of sixteenth-century Venice; in 1895 Waterhouse surely saw the large exhibition of Venetian art presented at the New Gallery in London, and indeed this composition somewhat resembles Titian’s celebrated Venus Anadyomene (1520-25).
It is possible that H.W. Henderson, who owned the painting in the first half of the twentieth-century, is Henry William Henderson (1862-1931), the brother of Sir Alexander Henderson, 1st Bt., and 1st Baron Faringdon (1850-1934), of Buscot Park, Oxfordshire. The Henderson family were Waterhouse’s greatest patrons. Lord Faringdon owned Burne-Jones’s celebrated ‘Briar Rose’ series and also A Girl watching a Tortoise by Thomas Armstrong.
– From Christie’s catalogue.