Caramel Ukulele. Caramel - Melts in My Heart. Facebook is showing information to help you better understand the purpose of a Page. All songs taken from the Jim's Ukulele Songbook and updated between releases.

What is this songbook?

This is a curated collection of songs I like to play on acoustic guitar or piano,with useful performance notes, generally written with a mediocre-at-best malevoice in mind.

Where do I get it?

The html version is almost definitely what you want.
The “split” html version breaks each page into a separate HTML file, useful if the massive HTML file is making your phone sad.
The html version,styled for mobile devices (some weird layout issues, but it’s the best I can do).

The pdf version (paginated for printing)
A pdf versionstyled for kindle (some weird layout issues, but it’s the best I can do)

I’m indecisive and that’s too many songs to pick from.

I’ve organized some acoustic jams around themes and have packaged sub-songbooks accordingly; more ideas are welcome. Here are the ones we’ve done so far:

(See below if you’re wondering why I picked those weird boundaries...) 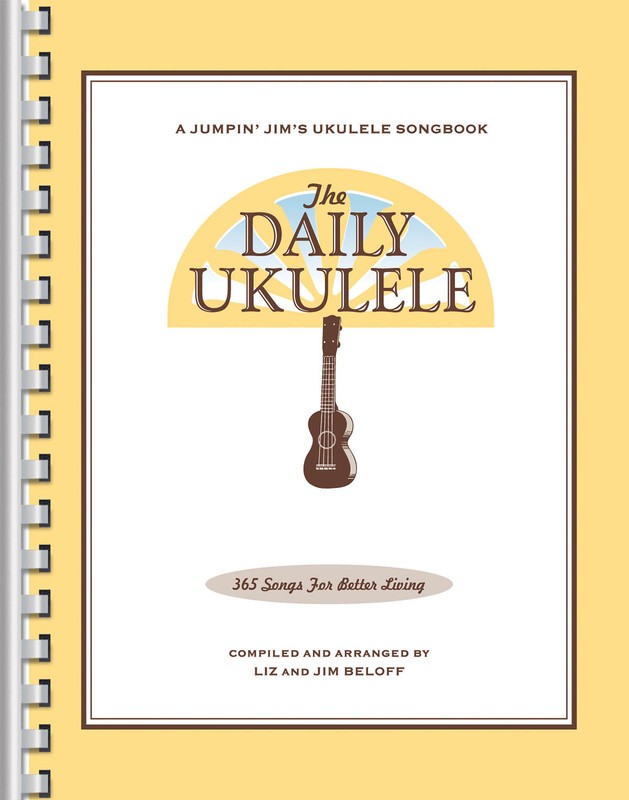 Can I change keys?

Yes, the little arrows next to each song title transpose the song.

Can you send me all the mp3s?

Obviously not. However, I can point you to this Spotify playlist:

What are the little buttons in the corner of the HTML version?

The “?” button takes you to a random song (great for icebreaking at jams when no one wants to commit to anything). The “home” button takes you back to the table of contents. The “play” button starts the screen scrolling, after which you can use the “>>” and “<<” buttons to scroll faster or slower.

You can also press the space bar to start/stop scrolling, and while scrolling you can use the right and left arrows to scroll faster and slower. Pressing ‘R’ will get you a random song. I’ve found that in the heat of the jam, the keyboard is usually easier to operate than the mouse.

How did you make it?

The songs are all in Chordproformat, with a few extra tags that I’ve added to make it easy to puttogether the songbook. In particular, I use the “preferred_key”tag as an indicator to my parsing stuff that a song should be transposed to aparticular key. I wrote some code (can share on request) to do some reorganization of the text files, to sanity-check for consistency on things like punctuation and capitaliation, and to generate a songbook file with theright keys. I then use the awesome program Songsheet generator toprint html and pdf files. Some more C# code uses pdfclown topost-process the html a bit, generate the mobile and key-specific versions,and open up the pdf file and re-paginate it so that if you printdouble-sided, you won’t have to turn pages in the middle of a song. Then I take it to Kinko’s and pay $5 to have it spiral-bound. (Sidebar: I recently learned that the fact that I still say “Kinko”s” is one of many ways people know I’m old).

The mobile version is a good idea, but the layout is quirky.

I know. If you have suggestions re: css, printing format, better ways totell the html how to paginate, etc., please email me.

The Kindle version is a good idea, but it’s out of date wrt the HTML version.

I know. I only use the HTML version, and the Kindle version requires a bit of manual intervention to print, so I basically only update the Kindle version when someone emails me. Even the non-Kindle PDF is lagged by about a month.

If I notice mistakes, should I tell you?

Why the weird year boundaries for the smaller songbooks?

I started organizing casual jam sessions around themes, usually “songs from this era”, where an “era” is around a decade. At first I was going to start with “songs of the ‘50s”, and not only did I not have enough ‘50s songs, but I also found that a more natural style boundary fell at 1955-1965, putting songs I think of as “pre-rock-era oldies” together. Then the next one logically had to be the decade after that, ending at 1975. But then the ‘80s made more coherent sense, so I went back to mod100 boundaries.

If you’re looking for songs for guitalele, this post is for you!

Unfortunately, there aren’t many songs written specifically for the guitalele.

(But if you know of some, let me know in the comments!)

That said, you can learn to play a guitalele version of any song.

However, I think the best songs to learn on the guitalele are those originally played on the ukulele or the guitar.

I’ll give some examples of popular ukulele and guitar songs below that are well suited for playing on the guitalele along with a video example of a guitalele version for each song!

1. Riptide by Vance Joy (Covered by Marcus) in the Key of F (C Shaped Chords on the Guitalele)

This makes it a great song to play on the guitalele since the guitalele’s tonal range is approximately the same as the ukulele.

Plus, this pop song is a fun one to play in a sing-along setting (around a campfire, hanging out with friends, etc.)

Plenty of musicians have covered this upbeat folk tune, most notably, Taylor Swift.

She performed this song on the piano on BBC Radio 1’s Live Lounge segment.

Her cover of the song features several instruments besides the piano including, the electric organ, shaker, and acoustic guitar.

When covers of a song sound good regardless of the lead instrument, you know you’ve got a hit on your hands.

In fact, I think the guitalele works so well for this song because it gives it both a pop and folk feel.

Although this song is in the key of F, you will play C shape guitar chords on the guitalele because it’s tuned up a 4th compared to the guitar.

If this isn’t clear, check out my article on guitalele tuning.

2. Israel Kaʻanoʻi Kamakawiwoʻole’s Version of Somewhere Over The Rainbow (Covered by Lee Townsend) in the key of C (G Shaped Chords on the Guitalele)

Israel Kamakawiwoʻole popularized this song. But the music was originally written by Harold Arlen and lyrics by Yip Harburg.

Israel’s version started gaining traction when eToys.com used it in some of their commercials in the late 90s.

It has become so popular since then that, chances are, if you tell people you play the ukulele, this is the song they will ask you to play.

However, just because you have a guitalele instead of a ukulele doesn’t mean you can’t wow them with this beautiful ballad.

3. Dust in the Wind by Kansas (Covered by Fingerstyle Jukebox) in the Key of F (C Shaped Chords on the Guitalele)

If you are looking to learn some cool fingerstyle guitalele, then you should try out this version of Dust in the Wind.

Fingerstyle Jukebox did an awesome job with this one.

American rock band Kansas originally recorded Dust in the Wind and released it on their 1977 album Point of Know Return.

In fact, he first came up with the famous guitar lick intro of Dust in the Wind as a fingerpicking exercise.

When his wife, Vicci, heard it, she encouraged him to turn it into a song.

Like Riptide, this one is in the key of F (with C shape chords on the guitalele).

4. I’m Yours by Jason Mraz (Covered by Sunga Jhung) in the Key of C (G Shaped Chords on the Guitalele)

Jason Mraz wrote this is tune with hints of reggae, folk-pop, and soft rock styles.

In fact, this island style sound goes perfectly with the guitalele.

Mraz has won several awards for this song, and you’ve likely heard it in movies, commercials, and plenty more.

Thus, it’s a widely recognized song that will probably be popular with whoever you’re playing for.

5. Can’t Help Falling in Love by Elvis Presley (Covered by Tommaso Guitar) in the Key of F (C Shaped Chords on the Guitalele)

Can’t Help Falling in Love is a pop song by Elvis Presley.

He recorded the song for the album Blue Hawaii (1961).

The album title, Blue Hawaii, alludes to how perfect the guitalele is to cover this song, and Tommaso Guitar did an excellent job arranging this fingerstyle version.

If you want to play along Tommaso Guitar’s version is in the key of F (C shape chords on the guitalele).

6. Your Song by Elton John (Covered by Patrick Matlock) in the Key of F (C Shaped Chords on the Guitalele) 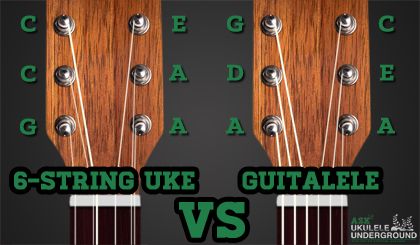 Your Song is a traditional pop/soft-rock song by English musician Elton John from his self-titled second studio album (1970).

Elton John was an opening act for the band at the time, and he gave permission for them to record it.

However, they did not release it as a single because they wanted to let John, then an upcoming artist, to have a go with it. 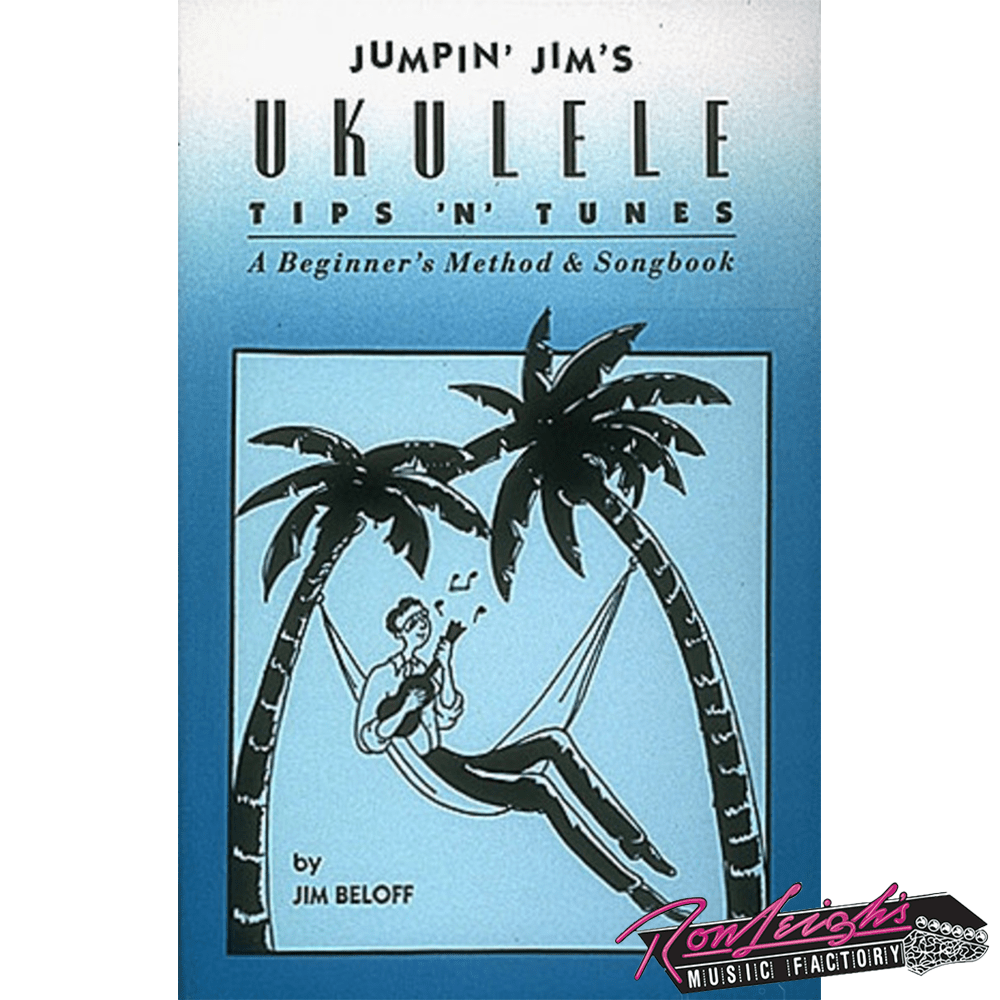 Patrick Matlock’s fingerstyle arrangement of this classic on the guitalele is in the key of F.

7. Raindrops Keep Falling On My Head by BJ Thomas (Covered by Jack Isidore) in the Key of F (C Shaped Chords on the Guitalele)

Raindrops Keep Fallin’ on My Head is a pop/soft-rock song by Hal David and Burt Bacharach they wrote for the 1969 film Butch Cassidy and the Sundance Kid.

Another fun fact about this song is that, in the recording used for the film, Thomas was recovering from laryngitis, so his voice sounds huskier in the film version than in the 7-inch release.

Jack Isidore crushes this cover with a fun fingerstyle technique.

This is another one in the key of F with C shaped guitar chords on the guitalele.

8. Memories by Maroon 5 (Covered by Canap Avenue) in the Key of D# (A# Chord Shapes on the Guitalele)

Memories is a pop song by Maroon 5.

Apparently, lead vocalist, Adam Levine and the rest of the writers tried to model the sound after Pachelbel’s famous Canon in D.

I really like how Canap Avenue incorporates strumming, fingerpicking, and lead licks into this arrangement.

9. Perfect by Ed Sheeran (Covered by Ruth Anna) in the Key of C (G Shaped Chords on the Guitalele)

This romantic ballad written about his wife-to-be Cherry Seaborn was actually the first song he wrote for this album.

Sheeran knew Seaborn from school, and then they reconnected when they were both working in New York.

This along with the simple chord shapes make this a fun one to try!

10. I Took A Pill in Ibiza by Mike Posner (Covered by Nix) in the Key of F# (C# Shaped Chords on the Guitalele)

I Took a Pill in Ibiza is a song by Mike Posner.

You may have heard it on top 40 radio stations as an EDM song, but Mike’s original version is actually guitar-based with a folky pop feel.

Norwegian EDM group, Seeb later remixed it and released the single in the United States.

This version has become the most popular version, while few know about Mike’s original acoustic tune.

However, like I mentioned in the introduction, typically guitar or ukulele songs make for the best guitalele covers.

And since Posner originally wrote this on the guitar, it’s a promising candidate for a guitalele cover.

Nix confirms this in her version in the YouTube video above, bringing a unique take to this tune.

Nix’s version is also the only capoed song on this list.

So make sure you have a capo for this particular cover!

I hope this list of guitalele songs has given you inspiration to try some of them out!

And if you know of more songs for guitalele (particularly any written specifically on the guitalele) let me know in the comments!