Guy Clark is a superlative songwriter, a fine and thoughtful vocalist, and a compelling live performer, so it's a bit surprising that he hasn't released more live recordings, which would allow him to show off these three talents to their best advantage. Songs and Stories is only the second live album of Clark's career, coming 14 years after 1997's excellent Keepers, and there are some telling similarities between the two albums. Guitarist Verlon Thompson is still the anchor of Clark's acoustic band, Kenny Malone is still playing percussion, and both sets begin with the song 'L.A. Freeway' from the earlier live collection. Songs and Stories is dominated by hardy perennials from Clark's songbook such as 'Dublin Blues,' 'The Randall Knife,' and 'Homegrown Tomatoes.' However, while Keepers captured Clark at a near ideal point in his career -- seasoned enough that he had become a top-notch performer but still lively and in strong voice -- Songs and Stories documents him at 70 years of age, and his voice is rougher and his vocals less supple than they once were, though he still has the presence to hold an audience in the palm of his hand and a band that serves the songs beautifully. And along with a paucity of recent material, this album also finds Clark taking an intermission at the set's mid-point, with Thompson and Shawn Camp taking over the show for four songs (a considerable percentage when Clark only sings nine). While Keepers captured Clark on a great night when he sounded fully engaged, Songs and Stories suggests he's coasting just a bit, and though he's still one of the true legends of the Texas songwriting community, this simply doesn't capture him at the top of his game.

The Songbooks are in stock will be shipping with the accompanying CD's.The tribute albums Volume One & Two are a compilation of 22 songs written by Sue and or for Sue, with collaborations and appearances by a luminous array of many of the very special musical friends she made during her lifetime. Album One includes songs written and performed by Sue Cunningham, Verlon Thompson, Shawn Camp, Guy.

Guy Charles Clark (November 6, 1941 – May 17, 2016)[1] was an American folk and country singer-songwriter and luthier.[2][3] He released more than 20 albums, and his songs have been recorded by other artists, including Jerry Jeff Walker, Jimmy Buffett, Kathy Mattea, Lyle Lovett, Ricky Skaggs, Steve Wariner, Emmylou Harris, Rodney Crowell, Steve Earle, Johnny Cash, and Willie Nelson. He won the 2014Grammy Award for Best Folk Album: My Favorite Picture of You.

Clark was born in Monahans, Texas. His family moved to Rockport, Texas in 1954. After he graduated from high school in 1960, Guy spent almost a decade living in Houston as part of the folk music revival in that city. His wife Susanna Clark and he eventually settled in Nashville, where he helped create the Americana music genre. His songs 'L.A. Freeway' and 'Desperados Waiting for a Train' helped launch his career and were covered by numerous performers, including Steve Earle and Brian Joens. On his passing, the New York Times described him as 'a king of the Texas troubadours', declaring his body of work 'as indelible as that of anyone working in the Americana idiom in the last decades of the 20th century'.[4]

Clark had been a mentor to such other singers as Steve Earle and Rodney Crowell. He organized Earle's first job as a writer in Nashville. In the 1970s, the Clarks' home in Nashville was an open house for songwriters and musicians,[5] and it features in the film Heartworn Highways, an evocation of the songwriter scene in Nashville at that time.[6]

Numerous artists have charted with Clark-penned tunes. 'The Last Gunfighter Ballad' was the title song of Johnny Cash's 1977 studio album. In 1982, Bobby Bare made it to the Country Top 20 with Clark's 'New Cut Road'. That same year, bluegrass leader Ricky Skaggs hit number one with Clark's 'Heartbroke', a song that permanently established his reputation as an ingenious songwriter. Among the many others who have covered Clark's songs are Vince Gill, who took 'Oklahoma Borderline' to the Top 10 in 1985; The Highwaymen, who introduced 'Desperados Waiting for a Train' to a new generation that same year; John Conlee, whose interpretation of 'The Carpenter' rode into the Top 10 in 1987; and John Denver, who recorded Clark's 'Homegrown Tomatoes' in 1988. Clark is frequently referred to as the Fifth Highwayman.[citation needed]

Steve Wariner took his cover of Clark's 'Baby I'm Yours' to number one in 1988; Asleep at the Wheel charted with Clark's 'Blowin' Like a Bandit' the same year. Crowell was Clark's co-writer on 'She's Crazy for Leavin', which in 1989 became the third of five straight number-one hits for Crowell. Brad Paisley and Alan Jackson covered Clark's 'Out in the Parkin' Lot', co-written with Darrell Scott, on Paisley's Time Well Wasted CD. Jimmy Buffett, obviously influenced by Jerry Jeff Walker's earlier quality cover of 'Boats to Build' on 1997's 'Cowboy Boots & Bathin Suits', then covered Clark's 'Boats to Build' and 'Cinco de Mayo in Memphis'.[7] Clark credits Townes Van Zandt as being a major influence on his songwriting. One of the most famous photos in country music history was taken on Clark's porch in 1972 of Clark, wife Susanna, Van Zandt, and Daniel Antopolsky by photographer Al Clayton. Clark and Van Zandt were best friends for many years until Van Zandt's death in 1997,[7] and Clark has included a Van Zandt composition on most of his albums. In 1995, he recorded a live album with Van Zandt and Steve Earle, Together at the Bluebird Cafe, which was released in October 2001. Other live material can be found on his album Keepers. Earle released the tribute album Guy in 2019.

In 2006, Clark released Workbench Songs. The album was nominated for Best Contemporary Folk/Americana Album at the Grammy Awards. He also toured with Lyle Lovett, Joe Ely, and John Hiatt in 2004, 2005, and 2007. In May 2008, Clark canceled four concerts after breaking his leg.[8] After two months on crutches, he began to perform again on July 4 at the Smithsonian Folklife Festival in Washington, DC, where he appeared with Verlon Thompson. On June 20, 2009, Clark announced a new album titled Somedays the Song Writes You, which was released on September 22, 2009. It features originals along with a Townes Van Zandt song titled 'If I Needed You'.

In December 2011, This One's for Him: A Tribute to Guy Clark (a two-CD set) was released by Icehouse Music and produced by longtime fan Tamara Saviano.[9][10] The CD won Americana Album of the Year at the 2012 Americana Music Honors & Awards.[11] Clark won the Grammy Award for Best Folk Album in 2014 for My Favorite Picture of You.[12]

The final song that Clark completed was co-written with Angaleena Presley and titled 'Cheer Up Little Darling'. It appeared on Presley's 2017 album Wrangled.[13]

Texas country singer/songwriter Aaron Watson paid tribute to Clark in his song entitled 'Ghost of Guy Clark', released in June 2019. In the song, Clark's ghost asks the protagonist to perform a song and is unimpressed; he then encourages the performer to write songs with greater passion.[14] 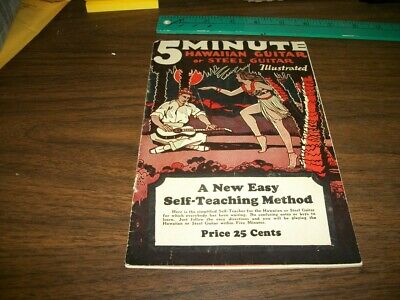 Desperados Waiting For A Train