Giulio Cesare in Egitto (Julius Caesar in Egypt) was the only opera that Handel composed for the 1723-24 season of his Royal Academy, but it was a huge work and a masterpiece. Coming on the heels of his popular Ottone from the previous season, it cemented the 38-year-old composer's reputation as the leading opera composer in England.

Panache, burlesque, emotion, a handful of colourful, larger-than-life characters and a host of wonderful arias characterise Giulio Cesare, the quintessential opera seria (even though its subject is only dramatic in part), a major genre in the 18th century that Handel took to great heights. Giulio Cesare is one of forty such works and the most popular one. The principle? A series of arias that range from tender to mischievous, passionate, martial, majestic, tearful, languorous and desperate, narrating the love of Julius Caesar and Cleopatra, with, as a backdrop, the war with Egypt, political quarrels and domestic unrest. In this heroic and romantic theatrical work, where all sorts of plot twists are possible, the voices, and nothing but the voices, reign supreme, caressing the words, soaring in a whirlwind of dizzying vocalises that intoxicate the senses.

The action takes place in Egypt, the day after Giulio Cesare’s victory over Pompey. While savouring his victory, Cesare receives a visit from Cornelia, who begs him to spare her husband Pompey’s life. Cesare is about to grant her wish when Tolomeo, king of Egypt (and Cleopatra’s brother), has Pompey's head delivered to Cesare. Everyone is shocked and appalled. Sesto, Cornelia’s son, is obsessed with killing Tolomeo and avenging his father’s death after the latter brutally separates him from his mother. Cleopatra decides to use her charms to win Cesare’s support in her efforts to become queen and rule Egypt alone. At first she is defeated by her brother’s army, but is rescued by Cesare and falls into his arms. After a series of plot twists, Sesto and Cornelia pledge their loyalty to Cesare and Cleopatra, who, in turn, sing of their love.

In Egypt, Giulio Cesare celebrates his victory over Pompey. Pompey’s wife, Cornelia, begs for mercy for her husband’s life, but Tolomeo, king of Egypt, presents Cesare with Pompey's head. Everyone is appalled. Tolomeo invites Cesare to his quarters. But the Emperor remains on guard: he does not trust the cruel and clever Egyptian ruler.... 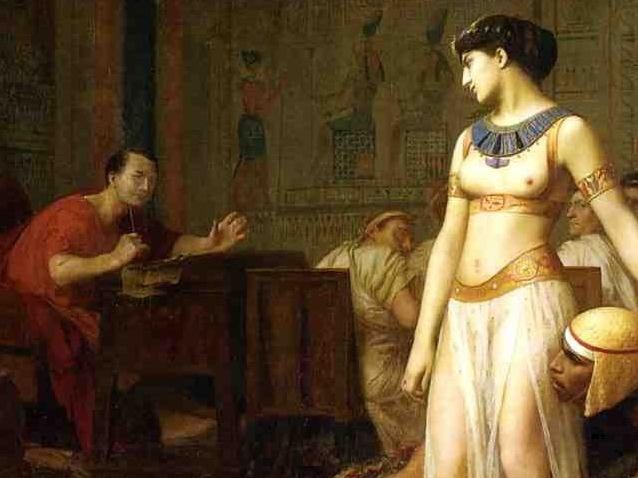 Tolomeo is fascinated by Cornelia. But Sesto, Cornelia's son, has sworn to avenge his father's death. As they are separated from each other, mother and son sing heart-wrenching goodbyes. 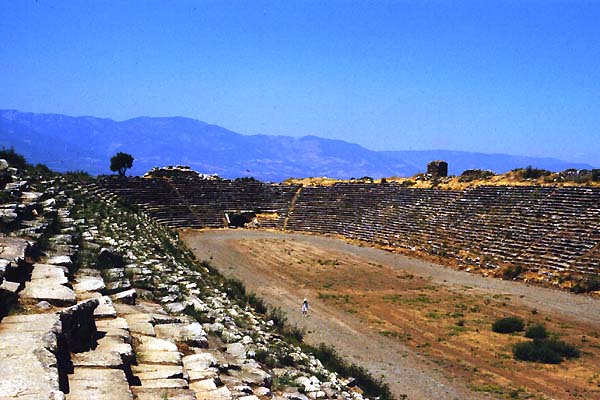 Disguised as a certain Lydia, Cleopatra attempts to seduce Giulio Cesare. Since her brother Tolomeo has killed Pompey and is becoming tyrannical, Cleopatra has decided to take over as queen of Egypt. She hopes Cesare will support her. But he must flee, as Tolomeo’s men are plotting against him. He sings a dizzying aria.

Once Cesare has left, Cleopatra realises how serious the situation is. She sings a long prayer for her Roman lover.

Cleopatra’s army is crushed by Tolomeo's men, but Cesare comes to her rescue. Sesto has successfully killed his enemy and avenged his father. While trumpets announce Cesare’s victory, the later joins Cleopatra in singing a song of eternal love, while Cornelia hands Cesare Tolomeo's royal seal.