Fifty years ago, Charles Gounod’s opera Faust was the singularly most popular opera in the world. Many of the great sopranos, tenors and basses made their careers through success in the roles that inhabit the opera, and many an opera company facing dire financial straits turned things around by canceling an announced opera and throwing Faust on the stage! Suddenly, however, tastes changed. Around 1950 Faust seemed hopelessly old-fashioned, the tunes trite and stale, the story outdated. The opera almost disappeared from the repertory until just recently, and it seems that the opera (like many seemingly outdated 19th century works) is undergoing a renewed interest by singers, impresarios and audiences around the world.

Charles-François Gounod was the son of a painter and a pianist, and like many other composers he showed great musical promise early. Later in life he recalled seeing Mozart’s Don Giovanni as a child with his mother: “The first notes of the overture with the solemn and majestic chords out of the Commendatore’s final scene seemed to lift me into a new world. I was chilled by a sensation of actual terror; but when I heard terribe thundering roll of ascending and descending scales, stern and implacable as a death warrant, I was seized with such shuddering fear that my head fell on my mother’s shoulder, and trembling in the dual embrace of beauty and of horror, I could only murmur—‘Oh mother, what music! This is real music indeed!’ This quote is indicative of two things: it is yet another proof that Don Giovanni was considered the most romantic (read Gothic, awe-filled, a repository of horror) of all operas at the time; and Gounod’s eventual operatic meditation on evil and the eternal struggle between God, man and the devil was an unconscious desire waiting to be made into theatrical reality.

Faust has spent a lifetime in the study of science. Disillusioned with life, he resolves to poison.

At the age of 16 devoted himself to musical study with Anton Reicha and the operatic composer Fromental Halévy, composer of the opera La juive. As a result of these studies at the age of 20, he won the coveted prix de Rome, at the time France’s premiere prize for musical composition. A residency in Italy came with the prize and it was there that he discovered Goethe’s Faust, carrying a copy of it everywhere he went. He even began to consider the idea of a Faust opera during this time, jotting down musical sketches for it. When he returned to Paris he saw Michel Carré’s play Faust et Marguerite which impressed him and rekindled his interest in someday composing a Faust opera.

Gounod was an extremely religious man, for a time even considering the priesthood and entering the seminary at St. Sulpice in Paris. But he abandoned this vocation in favor for a career in opera. In 1848 he came under the influence of one of the great singers of all time, mezzo soprano Pauline Viardot, daughter of the eminent voice teacher Manuel Garcia and sister to Maria Malibran. Viardot had made her career singing in the operas of Gluck and Meyerbeer, and at this time was quickly becoming the most popular singer at the Paris Opéra. Using her star power she was able to help launch the careers of Jules Massenet, Gabriel Fauré and Gounod whose first opera, Sapho, was written at her behest. This opera was enough of a success for the director of the Opéra to commission another work, La nonne sanglante. This however disappeared after 11 performances. Another work, Ivan the Terrible, was withdrawn before completion because its story centered on a conspiracy against the czar and coincidentally there had been an assassination attempt against Louis Napoleon at the Opéra in 1858. Around this time he was introduced to the librettist Jules Barbier who had written a Faust libretto and who’d even offered it to Meyerbeer. But the older composer wasn’t interested in trifling with a great German masterpiece, and so Gounod jumped at it.

Leon Carvalho, the director of the Théâtre Lyrique showed interest in the project and brought in Carré, from whose play the opera was further adapted (the play dealt only with Part One of Goethe’s original, thereby limiting its vast philosophical spread). Then another disappointment: a rival theatre was planning a huge entertainment based on the Faust legend at the same time the Lyrique was to open Gounod’s opera. In the meantime, Gounod wrote a comic opera for the Lyrique, Le médecin malgré lui which was very well received. After its success, the director of the Lyrique was bold enough to go forward with Faust, and it finally had its premiere in March, 1859 in the form of an opéra comique with spoken dialogue.

The rehearsal period for Faust was difficult, made more so by the casting of Carvalho’s wife Marie Caroline in the soprano role of Marguerite (despite Gounod’s own rather negative feelings about her voice). She eventually had something of a success in the role despite her tinkering with her part to show off her virtuosity. The tenor lost his voice and had to be replaced by Joseph-Théodore-Désiré-Barbot. The scene in the church at the finale was almost replaced at the last moment out of sensitivity to the Vatican and church authorities, but Gounod appealed to his friend the Papal Nuncio to France and the scene was retained. Librettist Barbier was so nervous about possible comparisons between the opera and Goethe’s original verse-play that he took to his bed and even missed the premiere.

At first, audiences didn’t quite know what to make of the piece even though most critical reviews praised it. Despite that, it had considerable success with 57 performances in that season. The major music publishers rejected it, leaving it to a small, little-known firm owned by Antoine Choudens who went to great lengths to market the piece. Performances were first arranged in the provinces, and then in Germany; the operatic audiences of the day soon warmed up to Gounod’s style and within a year Faust was one of the most popular operas in the repertory. As a result, Monsieur Choudens was well on his way to being the head of an extremely important music publishing house, one that is still active today and that achieved its solid financial basis by being savvy enough to back a relatively unknown operatic composer who had not yet had any significant success. 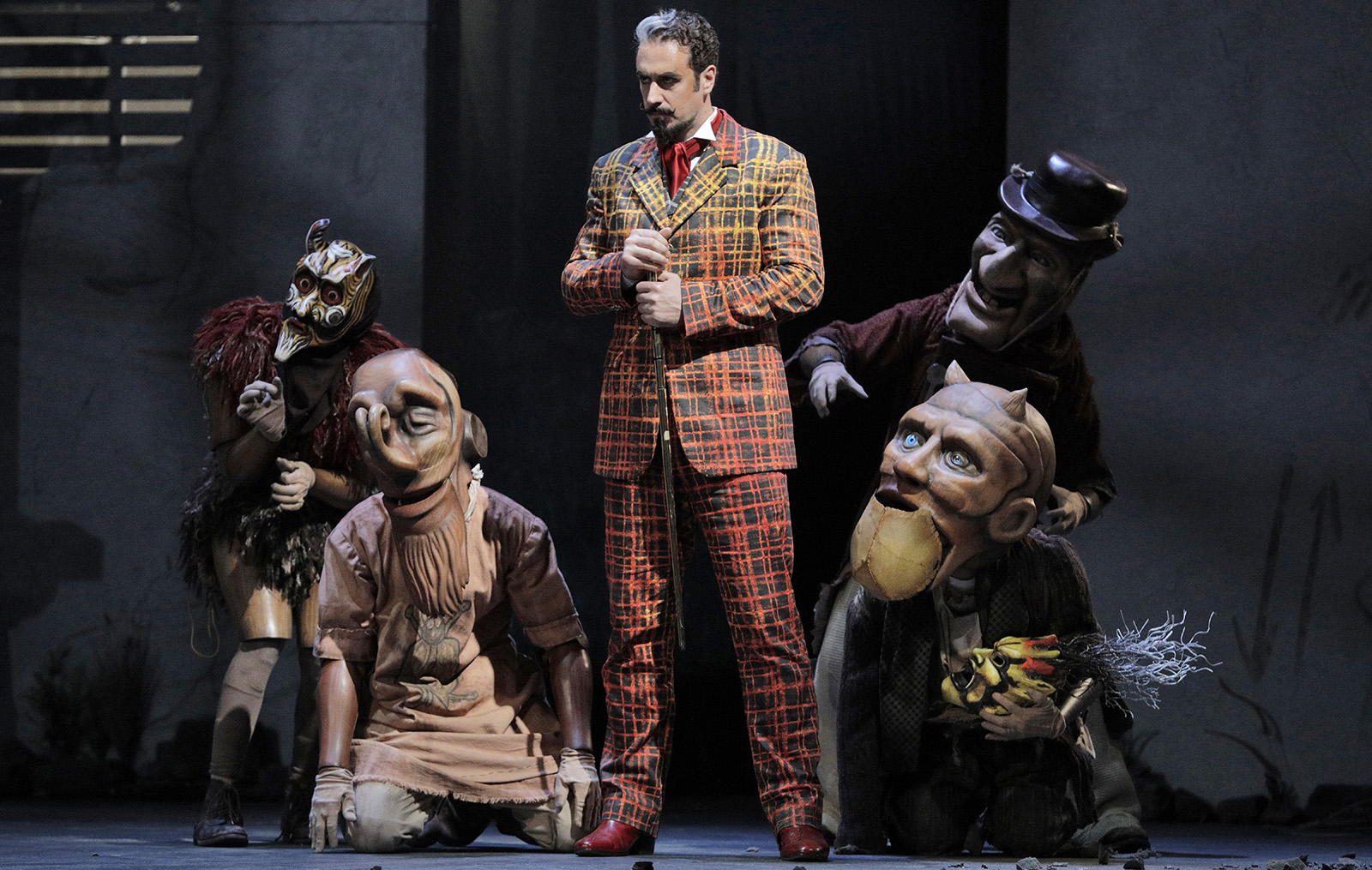 Gounod began to be seen as a significant composer on the Parisian scene, even though he continued to meet failure in the opera house. His most immediate success was certainly the opera Romeo and Juliet which appeared in 1867 and seemed to solidify his reputation. But following this he had one unsuccessful theatrical venture after another and finally abandoned opera altogether for the last 12 years of his life. Grove’s Dictionary of Opera tells us that “Gounod’s reputation declined precipitously even before he died: what gave the appearance of ‘depth’ in the Second Empire no longer did by the 1890s”. But what he did leave us, even if we only count Faust and Romeo, was a bridge between the works of Meyerbeer (who dominated French opera for the first half of the 19th century) and Massenet through whose music we in the 21st century are beginning to look at French opera with renewed interest.