Yevgeny Nikitin (footballer) (born 1993), Belarusian football player This disambiguation page lists articles about people with the same name. If an internal link led you here, you may wish to change the link to point directly to the intended article. Russian opera singer Evgeny Nikitin has withdrawn from the Bayreuth Opera Festival because of Nazi tattoos on his chest and arm. Nikitin, 39, withdrew days before he was supposed to sing the lead.

Russian bass-baritone Yevgeny Nikitin was born in Murmansk in 1973 and studied at the Saint Petersburg Conservatory, singing in a heavy metal band as a student alongside appearances at the Mariinsky Theatre, with which he has maintained a close connection throughout his career.

Nikitin is particularly in demand for Wagner, where his roles include Amfortas (which he has recorded for Marek Janowski and Valery Gergiev), Telramund (which he sings on Mark Elder’s 2017 recording with the Royal Concertgebouw Orchestra), Wotan in The Ring Cycle, which he first performed complete at the Mariinsky in the 2017/18 season, and the title-role in Der fliegende Hollander. (He was scheduled to appear in the latter role at the opening night of the Bayreuth Festival in 2012, but withdrew amid controversy concerning large tattoos on his chest which festival organisers perceived to have Nazi connotations – Nikitin maintained that he was unaware of the symbols' significance, but pulled out of the production and has never returned to Bayreuth). Other repertoire includes Scarpia in Tosca, Pizarro in Fidelio, Jokanaan in Salome, and Shaklovity in Khovanshchina.

His discography includes Klingsor on the DVD of the Francois Girard’s new production of Parsifal for the Metropolitan Opera in 2013 (‘Nikitin’s Klingsor seems to enjoy raising the rafters’ – Opera Now), Berlioz’s Roméo et Juliette with the London Symphony Orchestra, and an all-Wagner album with the Orchestre Philharmonique Royal de Liège on Naïve. 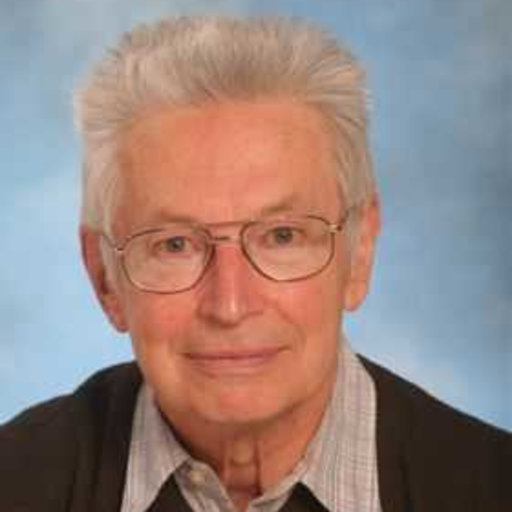 Find out more at https://en.wikipedia.org/wiki/Yevgeny_Nikitin_(bass-baritone) 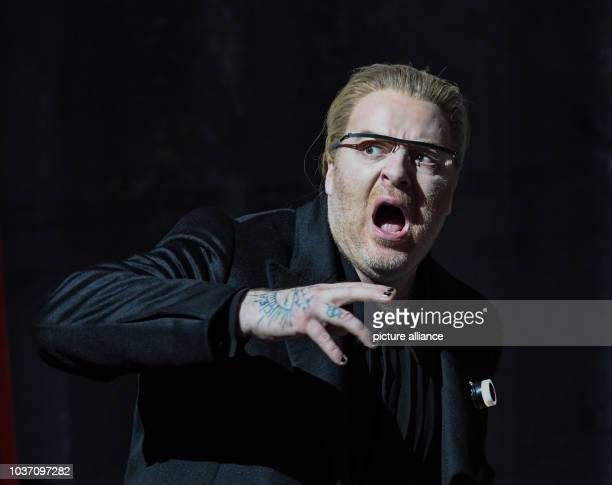 ...Listening to Nikitin’s powerful yet intense voice, admiring his perfect and free control of all the sound ranges and loving his heroic image that is no less bewitching than his voice, it is impossible not to think of Chaliapin. Nikitin conveys a sense of power combined with the broad scale of veiled compassion felt by the great performer towards his character.

Nikitin proved the most interesting singer, bringing warmth and surprising power to the grueling third act of Siegfried.

Evgeny Nikitin sang with the balance of power and compassion necessary to turn Friar Laurence, a relatively minor character in the Shakespeare play, into a wise, peacemaking figure who reconciles the Capulets and Montagues in the work’s final bars.

Born in Murmansk. Graduated from the St Petersburg State Rimsky-Korsakov Conservatoire (class of Bulat Minzhilkiev, 1997). While still a 4th year student, he was invited to join the Mariinsky Opera. He has since performed frequently, taking part in the theatre’s most significant productions.

Wagnerian roles hold a special position in Yevgeny Nikitin's repertoire. As a Wagnerian singer Yevgeny Nikitin has been noted by the Russian and international music press.

Yevgeny Nikitin appears at the world's great theatres and participates in opera festivals. In 2002 the singer made his debut at the Metropolitan Opera in Andrei Konchalovsky's production of War and Peace (Dolokhov). He subsequently returned there for La Bohème (Colline), Die Meistersinger von Nürnberg (Pogner), Das Rheingold (Fasolt), Elektra (Orest) and Parsifal (Klingsor).

Yevgeny Nikitin made his Paris debut in 2003 at the Théâtre du Châtelet (as the Demon in Rubinstein's eponymous opera). At the Opéra de Paris he has performed the roles of Jokanaan (Salome), Klingsor (Parsifal), Tomsky (The Queen of Spades), Gunther (Götterdämmerung) and Orest (Elektra). There in 2008 Yevgeny Nikitin first sang as the Prisoner, the title role in Luigi Dallapiccola's opera Il prigioneir. He also performed the role at the Russian premiere of the opera at the Mariinsky Theatre (2015).

Yevgeny Nikitin regularly appears at the Bayerische Staatsoper. Following his debut in 2008 (as Jokanaan in Salome) he returned as the Dutchman, Klingsor and Telramund. Since last season he has appeared as Ruprecht in a new production of The Fiery Angel (directed by Barrie Kosky).

In the 2015–2016 season the singer made his debut at the Wiener Staatsoper, where he sang in Khovanshchina (Shaklovity), Tosca (Scarpia) and Fidelio (Don Pizarro), and he made his first appearance with the Concertgebouw Orchestra in a concert performance of Lohengrin (as Telramund, conducted by Mark Elder) and at the Wiener Festwochen in Fidelio staged by Dmitry Chernyakov.

In the new season Yevgeny Nikitin has appeared in a series of premiere performances of Tristan und Isolde at the Metropolitan Opera, singing as Kurwenal is a production by Mariusz Treliński also featuring Nina Stemme, René Pape and Ekaterina Gubanova.

Forthcoming performances include a new production of Der Fliegende Holländer at Madrid's Teatro Real, The Fiery Angel at the Bayerische Staatsoper, Tosca in Baden-Baden with Sir Simon Rattle and Salome at the Dutch National Opera with Daniele Gatti. 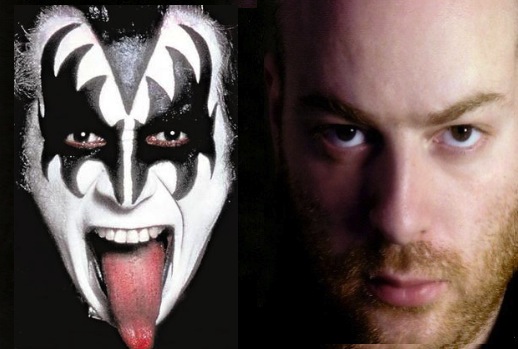 With the London Symphony Orchestra and Valery Gergiev there have been recordings of Mahler's Eighth Symphony and Berlioz' Roméo et Juliette, and with the Musiciens du Louvre orchestra under Marc Minkowski came Wagner's Der Fliegende Holländer.