The Drupal community has just announced a major upgrade to Drupal 8. This upgrade delivers a better user experience, turning the customer into a hero at work.

WASHINGTON (PRWEB)September 04, 2018 - The Drupal community has just announced a major upgrade to Drupal 8. This upgrade delivers a better user experience, turning the customer into a hero at work. From easier installation and more stable upgrades for the technical teams, to improved user experience for the marketing and content editor teams—Drupal 8.6.0 provides significant improvements over all past versions of Drupal.

A new demo is provided to inspire site builders with the art of what’s possible. Plus, marketing teams can publish complex content with ease using new content editor features, including: improved video embed support, a new media library, a workspaces feature for enhanced workflow moderation, and significant layout improvements. As with any major feature update, users will also see quite a few overall fixes and testing improvements.

Megan Sanicki, Executive Director of the Drupal Association, said, “Drupal 8.6 is a significant upgrade because of its emphasis on ease of use. This version levels up the customer experience, making it easier and less expensive to migrate from older versions, easier to install, as well as easier for marketing teams to deliver impact, faster. With a highly engaged community focused on delivering features that make customers shine, I’m excited about this release and what is on the horizon for Drupal.”

A great feature in Drupal 8.6.0 is that migration support is greatly improved and makes it easier to migrate from Drupal 6 and 7 to Drupal 8. This release sees both Migrate Drupal (migrations from previous major Drupal versions) as well as Migrate Drupal UI (upgrade user interface) modules provide a solution to update older sites. This means that if you have a monolingual Drupal 6 or 7 site, you can now use a supported and built-in user interface to migrate your site to Drupal 8. Multilingual migrations are still experimental and now wrapped in the Migrate Drupal Multilingual module.

Also new in this version is built-in stable support for embedding remote media, shipped preconfigured to support YouTube and Vimeo videos. Also, in a new experimental module, you can now browse existing media and add new media using an integrated widget. The media library can be customized depending on customer needs.

The layout capabilities in Drupal 8.6.0 are much improved. The experimental Layout Builder module is an exciting advancement for site builders as it supports per-display customizations (e.g. full mode vs. search result). Rather than being limited by fields stacked on top of each other, users can create layouts with dynamic sections—creating more opportunities for custom layouts. It is also possible now to add content unique to a specific layout. This is useful for things like a promotion that is only visible within a single landing page.

Digital agency Palantir.net's CEO Tiffany Farriss states, “Drupal has powerful capabilities. For too long these have been hidden behind the scenes where only existing or technical users could experience them. We are thrilled to now have Umami, to show the strength and capabilities of Drupal to both technical and marketing users, right out of the box.”

Drupal 8.6.0 is also offering a new experimental workspaces module that is crucial when reviewing large amounts of content. The existing content moderation functionality is great when you need to move individual pieces of content through an editing and approval workflow. The new experimental Workspaces module will allow packages of content to be reviewed all at once, with the ability to define multiple workspaces, make changes and deploy between them with an intuitive user interface.

Recognizing the need for lightning-fast communications within its organization, Alimentation Couche-Tard consolidated several legacy systems to create one, global intranet to connect its workforce. Called Inner Circle, the new intranet provides a powerful platform to share messaging and operational information across the company while creating organization-wide synergies and efficiencies for more than 100,000 employees. It takes advantage of Drupal 8’s content authoring, workflow, and multilingual capabilities to create a forum that’s both super-local and super-global.

“Couche-Tard can aggregate all of the organization’s knowledge, content, and resources into one place, and then filter through and deliver a highly personalized experience for every employee or stakeholder, based on their role, geography, and language,” said Marie-Noëlle Cano, Alimentation Couche-Tard senior director of global communications. “Couche-Tard improved the scope, speed, and substance of its internal communication with Drupal 8 while reducing costs.” 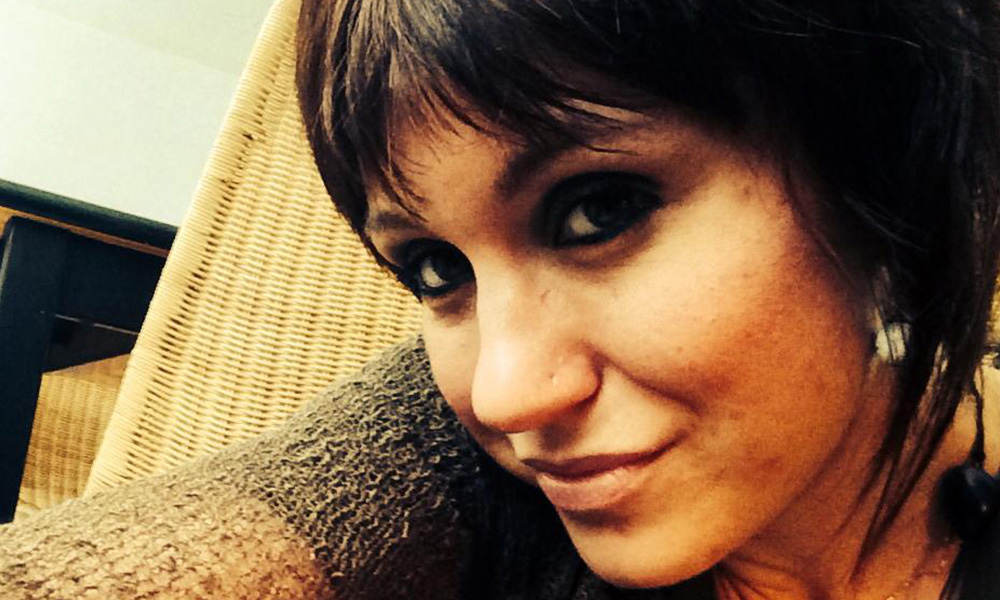 The Drupal community has worked hard to make it significantly easier to start a quick evaluator or development environment; the numerous technical improvements allow quick setup that opens a browser ready to use. The installer now also recognizes existing configuration and provides an option to easily rebuild a site from that existing configuration—pulling content from the cloud rather than requiring the content to be stored locally.

“This update is full of new and exciting features which show that Drupal is the go-to platform for ambitious digital experiences. On behalf of the Drupal Association and the Drupal community, I want to thank everyone who contributed to Drupal 8.6.0,” said Sanicki.

About Drupal
Drupal is content management software. It is used to make many of the websites and applications you use every day. Drupal has great standard features, easy content authoring, reliable performance and excellent security. What sets it apart is its flexibility; modularity is one of its core principles. Its tools help you build the versatile, structured content that ambitious web experiences need.

With the end-of-life (EOL) for Drupal 8 closing in fast, we wanted to share our experience on how we have been handling the process of upgrading our client projects to Drupal 9.

The Drupal 8 EOL date is November 2nd 2021. This is because Drupal 8 has a dependency on Symfony 3 which has an end-of-life in November. That means there will be no further security fixes implemented, so to keep your project safe and secure against potential threats, it is strongly advised to upgrade to the latest version of Drupal.

Correct! With the upgrade from Drupal 8 to Drupal 9 – there is no need for migration; the new features for Drupal 9 were gradually released inside Drupal 8. The main change that Drupal 9 brings is the removal of deprecated code, much like getting a hair-cut.

However, this was not the case with the change from Drupal 7 to Drupal 8. From Drupal 7, there was a multitude of different changes that resulted in requiring a comprehensive and often complex migration. This led to many clients opting for a complete rebuild from the ground up to take full advantage of new features such as “workspaces” that arrived in Drupal 8.6.0.

What about contrib modules?

The “Drupal 9 deprecation” dashboard overview shows the overall compatibility status of all contributed modules to the Drupal ecosystem. Over 88% of the top 1000 contrib modules are explicitly compatible with Drupal 9, meaning they have a Drupal 9 release.

How do we upgrade our projects?

At Amazee Labs, we deal with a diverse range of clients – all of which have their own distinctive requirements – so we construct elegant solutions tailored to their unique business needs.

With such a diversity of projects, we developed a solid plan to upgrade each project to Drupal 9. Our maintenance team’s strategy involves the following three stages:

The Analysis stage involves scanning the project server and codebase to identify the complexity of the upgrade process. Some of the information we gain from this analysis answers the following questions:

We have a few pre-conditions that the project must pass before we can continue:

If we have detected that the PHP running on the server is lower then version 7.4, then we need to update this first. If the project is hosted on Lagoon, by amazee.io, then this is generally a breeze to update, as it is highly developer-friendly.

If we detect an older version of Drupal Core released before version 8.8.x, then we create a task to upgrade Core to the latest 8.9.x version. Within the web maintenance team, we have taken over some very outdated projects and meticulously updated each one, always involving the client within our Agile workflow, to build trust throughout the entire development process.

To ensure Media in Core is enabled, the process to migrate from the contrib Media Entity modules to Drupal Core Media is outlined over on the FAQ page on drupal.org.

During this initial investigation, we install the Upgrade Status and Upgrade Rector modules, then generate a report containing information on what modules require updating. Furthermore, we generate fixes for deprecated code in the custom modules.

With our web maintenance service offering, we ensure the longevity and reliability of our clients’ projects by keeping their websites up to date and secure.

With the results from the analysis stage, we then create individual tasks to tackle the challenges that lie ahead. The drupal.org documentation has some information on how to upgrade from Drupal 8 to Drupal 9 or higher.

The Upgrade Rector module helps us to perform automated fixes on the codebase. For contrib modules that lack a Drupal 9 release, we contribute back to the community by submitting fixes and collaborating with maintainers to aid them in releasing a new version of their module.

Many Open Source communities have found that to support their growth and ensure long-term sustainability they’ve opted to utilise platforms that pay contributors or embrace corporate sponsors. Underrepresented groups, in particular, do not always have the privilege of free time to contribute to Open Source outside of work hours. At Amazee Labs, we can take advantage of providing contributions to the Drupal community during work hours. Gábor Hojtsy has an extensive overview of articles aimed at helping to push contributed modules to a successful Drupal 9 release. 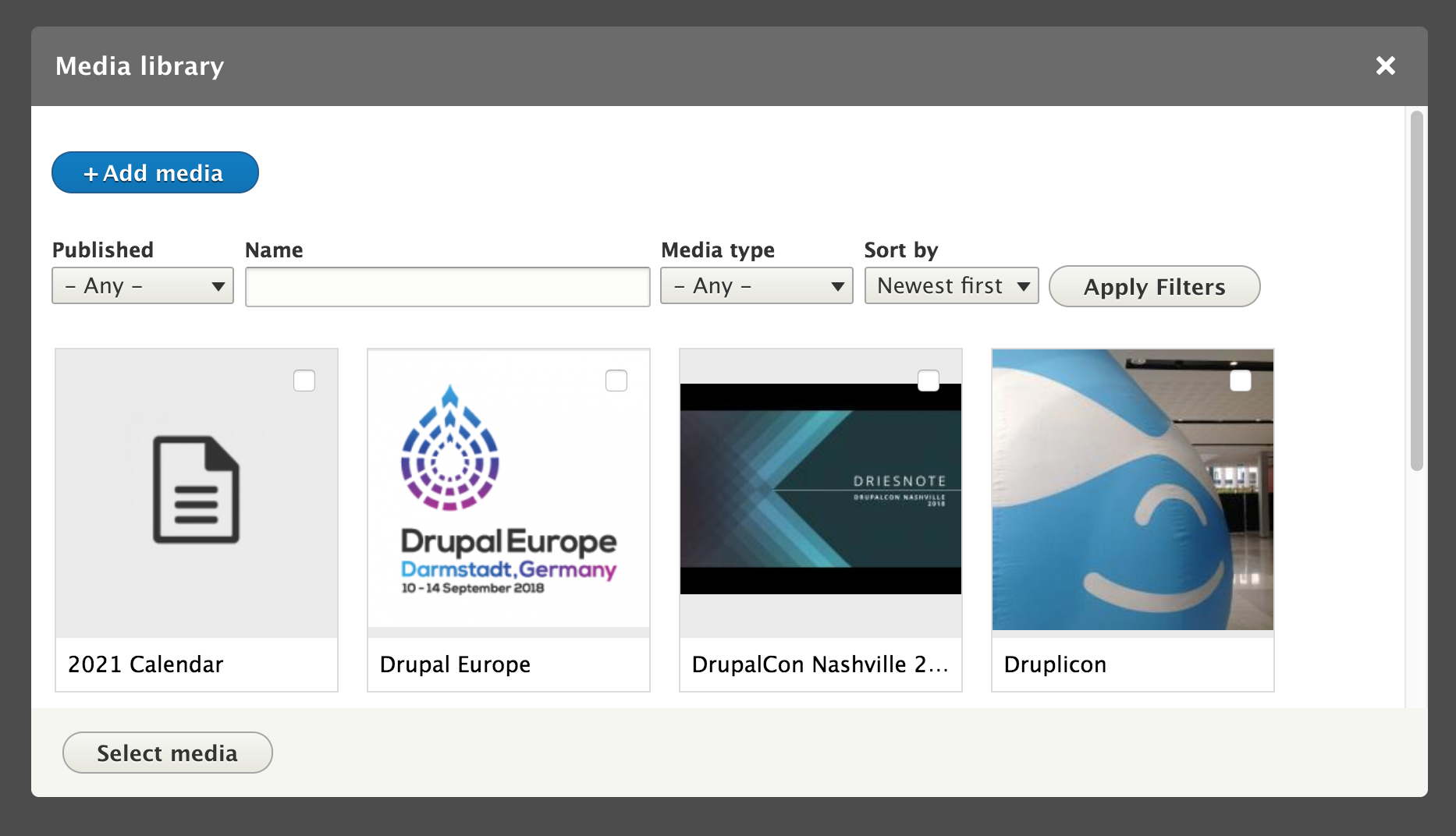 So we have gone through and analysed the code, updated the modules and exported the configuration, now how do we deploy our changes to the production environment?

Our workflow for the majority of our projects tends to be as follows:

Once we have gone through and updated the modules, upgraded Drupal to the latest stable release, and deployed everything to the production environment, then...we celebrate our accomplishment internally with the rest of the team – a job well done!

Ready to talk about your upgrade needs? Whether you’re operating on Drupal 7 or 8, We’re ready to help. Get in touch with us and upgrade to Drupal 9 today!