As it was already mentioned in the thread, CLion is more general purpose cross-platform IDE, targeting cross-platform, embedded, AI, and other projects. It doesn't have any specific feature for game developers. While Rider is especially targeted on Game Dev, with Unity already on board, and now C/UE4 specific support is being added.

So I’ve recently gotten into Unreal Engine. I love its vast capabilities as an IDE for game development. But I have one complaint:

For most people, I’d imagine this is fine, but being a fan of JetBrain’s IDEs, this is horrible.
Coming from IDEs such as CLion and IntelliJ IDEA, Visual Studio seems like a baby compared to these.
If you aren’t aware of CLion I suggest you check it out. All of JetBrain’s IDEs are amazing. My dad codes for a living. I introduced him to IntelliJ IDEA, and he has never gone back to any other IDE. He even introduced his team to it, and they haven’t gone back either.

My question is: Is there a stable way to integrate CLion into the C++ project environment?

From my research, I learned that UE has the ability to generate files for CMake.
https://forums.unrealengine.com/showthread.php?45928-CLion-Unreal#post_375908

When you add a new class to your project in the Editor, you’ll have to run the above command again. Alternatively you can add new classes from within CLion, which will add them to the CMakeLists.txt file.

Also, I’ve learned that UE doesn’t use the VS compiler, so theoretically, shouldn’t any IDE supporting CMake work?

I haven’t tried this yet, but it seems like it’s not a very stable way of developing. 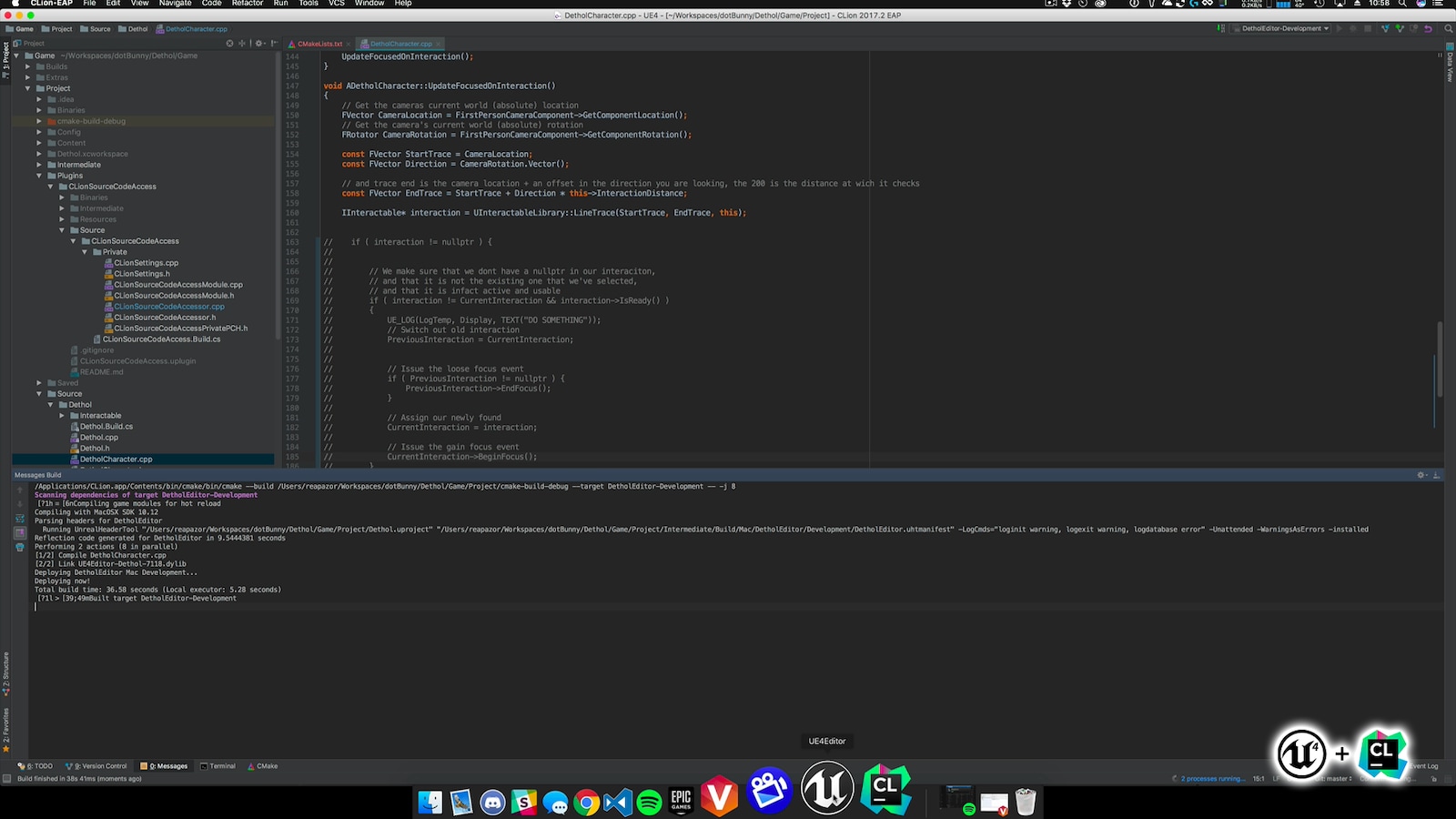 Could someone provide me with some more details? It’d be very helpful!

Thank you all very much!
Oliver