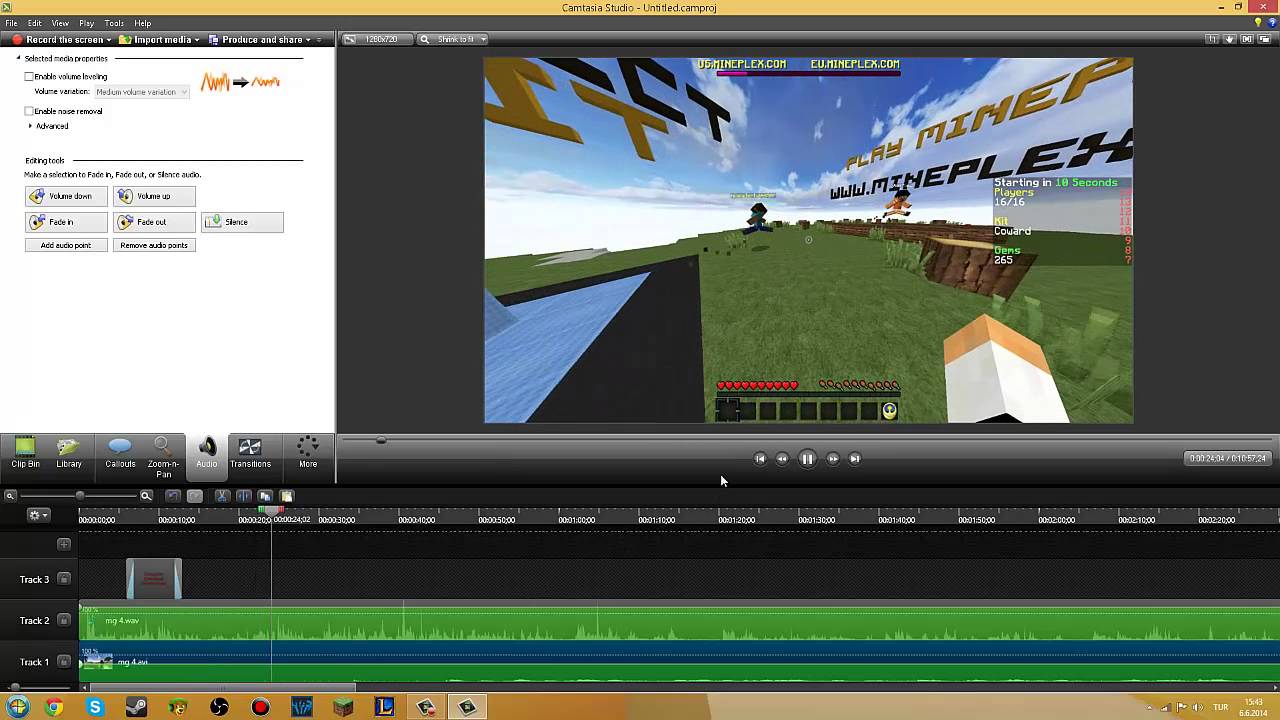 In Camtasia, you will get a Big RECORD button in the dashboard. Camtasia allows you to record screen and web camera simultaneously. The cool thing in Camtasia is you can add mouse effects, adjust camera position, size, etc later on while editing. Here is the screenshot of the left side mouse effects. 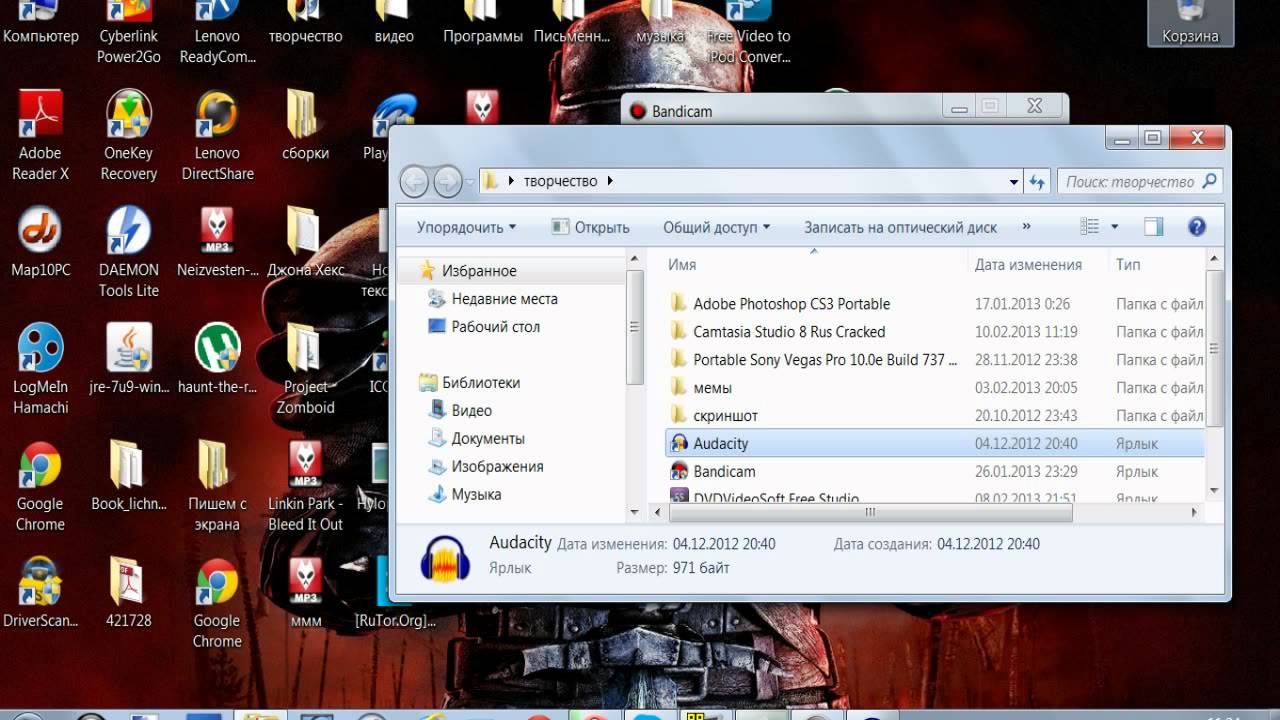 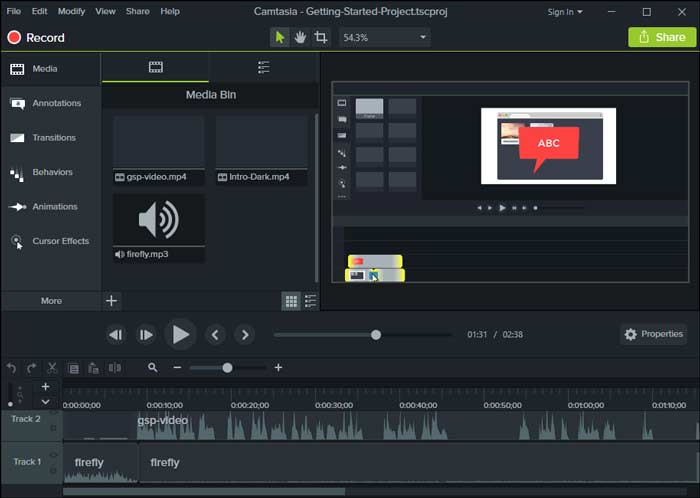 Thanks to my recent experience beta testing The Elder Scrolls Online, I’ve developed an interest in recording gameplay. I’m trying to find a good program that is easy to use and doesn’t cost an arm and a leg. I’ll start out by noting that I am running a 64-bit Windows 8 PC with an i7, 12GB of RAM and a GeForce GTX 670 video card. With that as my hardware, my other criteria for a recorder was that it had to work with Open GL and DirectX games (Skyrim, WoW, Minecraft, etc). I initially tried to use Overwolf (which comes as an optional add-on to Teamspeak) but had zero luck with it so this prompted my search.
I use Camtasia at work for creating video tutorials so I was already used to creating screencasts with it. I had never used it for recording video games so wasn’t sure how it would do. I read many posts claiming that it didn’t capture fullscreen video games but found that by choosing a specific setting in the capture options (lock to application) it does in fact record fullscreen games. I downloaded the 30 day free trial of Camtasia Studio 8 for my gaming rig to give it a go. I also downloaded Bandicam to try as it was mentioned a lot on forums when people asked about a good screen recording program. FRAPS was also mentioned a lot but I read it didn’t work with Windows 8 or didn’t work well so I didn’t try it. Here are my thoughts after testing Camtasia and Bandicam. Camtasia Pros
• Recorded fullscreen games perfectly (tested on both ESO beta and Skyrim).
• Editor included is very easy to use to add annotations or voiceover narrations.
• Sharing options make it easy to instantly publish video to sources like YouTube.
Camtasia Cons
• Cost. It’s $299 for the PC edition. Note that you are getting a full-fledged video editor plus screen recorder.
• Filesize is HUGE. 3 minutes of recorded gameplay took up 4 GB of space. That wasn’t a typo. 4 Gigabytes. That’s the size of a 2 hour DVD. Once the video rendered out it was an acceptable size (few hundred MBs) but the raw video file was ridiculous. I used default settings for a 1020 YouTube video.
• No option that I saw to capture sound input from 2 different sources during recording. As in, you can’t record in-game sound and microphone sound at same time. It’s one or the other. I recorded in-game sound and added voiceover narration later.
• Starting and stopping recording was awkward. Even with hotkeys, I had to click back into my game when starting a new recording.
Bandicam Pros
• Recorded fullscreen games perfectly (tested on both ESO beta and Skyrim).
• Has option to record 2 different audio inputs simultaneously (headset or mic + in-game sound)
• Hotkey instantly stops and starts recording with ease and no clicking to get back in game. If you have the FPS overlay enabled, it is red when recording and green when not.
• Filesize is very acceptable. 3 minutes of gameplay was roughly 700 MB raw footage at settings for a 1020 YouTube video. Rendered video was about 150 MB.
• Reasonable cost at $39 for a single PC license.
Bandicam Cons
• Audio from 2 sources didn’t mix well. When recorded both in-game sound plus my headset mic, my voice had noticeable echo reverb on playback. It sounded fine during recording. Didn’t try messing with the audio settings too much to see if this could be overcome perhaps by using option to save audio as 2 separate tracks. I added a voiceover narration later…in Camtasia. ;)
• This isn’t much of a con for me but there is no editor. This is purely a screen recorder.
Conclusion
Bandicam wins. It was much easier to use in-game, did exactly what I wanted which was to record video gameplay. It didn’t kill my framerate, didn’t eat up my entire hard drive with huge video files, and it was fairly painless on the pocket.
I will add as a closing note that the same folks that make Camtasia do offer Snagit for $49 which is simply a screen recorder and does not include a video editor. If Snagit is similar to Camtasia’s recorder, then I’d be most concerned by file size and ease of use in-game.