Angel Blue (born May 3, 1984), born Angel Joy Blue, is an American operaticsoprano and classicalcrossoverartist. Blue's voice has been recognized for its shining and agile upper register, 'smoky' middle register, beautiful timbre, and ability to switch from a classical to a contemporary sound. She has performed internationally and won numerous awards including a Grammy Award, Operalia and Miss Hollywood. Plácido Domingo has described Angel as “the next Leontyne Price”.

In the 2008/09 season, Blue made her debut with the San Francisco Opera Company as Clara in Porgy and Bess; she was the featured soloist with the Valdosta Symphony in Valdosta, Georgia, where she sang the soprano role in Arthur Honegger's King David; and she also performed scenes from La Traviata (Violetta) with the Korean Symphony Orchestra Germany in Seoul and Busan, Korea. In the 2009/10 season, she was a featured soloist with the Riverside Philharmonic; the Adrian Symphony in Adrian, Michigan; Giro Italia tour with Alberto Zedda throughout Italy; Madrilenos por Haiti concert with La Orquesta Clasica de Espana in Madrid, Spain; A Gala Evening with Thomas Hampson in Budapest, Hungary; and she made her debut at the Palau de les Arts Reina Sofia as Micaela in Carmen, opposite Marcelo Álvarez and Elina Garanca, conducted by Zubin Mehta. Throughout the 2010/11 season, Blue enjoyed engagements with the Palau de les Arts in Valencia, Spain; the American Youth Symphony; the Redlands Symphony; and the Theatre an der Wien in Vienna, Austria where she sang the role of Giulietta in the Tales of Hoffmann directed by Oscar-winning director William Friedkin. She began touring with Plácido Domingo in 2011 opening the Kaufmann Center in Kansas City, Missouri; the Royal Opera House in Muscat, Oman, and concerts in Beijing, China, as well as Zagreb, Croatia. In 2020 she sang Bess in Porgy and Bess with the Metropolitan Opera in New York for their first performance of that opera in 30 years.

Blue was a finalist in Operalia 2009, receiving 1st place in the Zarzuela competition, and 2nd place in the Opera competition. In July 2010, Blue was honored to be a part of the 17th Annual Verbier Festival in Verbier, Switzerland, where she sang in an 'Operalia Tribute' Concert sponsored by Rolex. She has also received awards from the Metropolitan Opera National Council Regional Auditions, A.E.I.O.U Italian Educators Vocal Competition, the Dorothy Chandler Pavilion's Emerging Young Entertainers Award, and the Redlands Bowl Competition.

In upcoming seasons Blue revisits Clara in Porgy and Bess in concert with the Berlin Philharmonic and Sir Simon Rattle; returns to the Frankfurt Opera as the Dritte Norn in Richard Wagner’s Götterdämmerung; and performs Musetta, La Bohème, for the English National Opera. Concert performances will take place in Europe, including Carmina Burana at the Maggio Musicale with Zubin Mehta, Mahler’s Symphony No. 2 with the Munich Philharmonic, Verdi's Greatest Hits concert with the Santa Barbara Symphony, Verdi Requiem with the Cincinnati Symphony Orchestra and St. Louis Symphony Orchestra under the direction of Raphael Frühbeck de Burgos, and the release of her first solo album with British pianist Iain Burnside. She was the only soloist invited to sing for the American Friends of the Israeli Philharmonic in a Tribute Concert to honor the great film composer Hans Zimmer.

In the United Kingdom, she has been seen at the Edinburgh Festival in Edinburgh, Scotland as the title role in Alban BergLulu, Musetta in La Boheme at the English National Opera in 2013 and as Mimi in 2014. Melvyn Bragg did a feature on his critically acclaimed documentary series of the South Bank Show which aired on Sky Arts on June 19, 2014. Angel has been a favorite in magazines such as The Times, TimeOut, The Telegraph, BBC's InTune with Sean Rafferty. She was the guest judge for the BBC Choir Competition of the Year Final in December 2014. In 2015 she co-hosted the BBC Cardiff Singer of the World competition with Petroc Trelawny and the BBC broadcast of Prom 13 (Holst, Boulez) at the Royal Albert Hall, also with Trelawny.

She made her Metropolitan Opera début in 2017 as Mimì in La Bohème.

In 2009, Angel Blue was a finalist in Operalia, receiving 1st place in the Zarzuela competition, and 2nd place in the Opera competition.[1][2] She has also received awards from the Metropolitan Opera National Council Auditions, the Dorothy Chandler Pavilion’s Emerging Young Entertainers Award, and the Redlands Bowl Competition. Los Angeles County Board of Supervisors Achievement Award January 21, 2014, given by Los Angeles County Board of Supervisors.

Angel Blue was nominated in the 63rd Annual Grammy Awards and won the Grammy Award for Best Opera Recording for the Metropolitan Opera production of Porgy and Bess.[4] 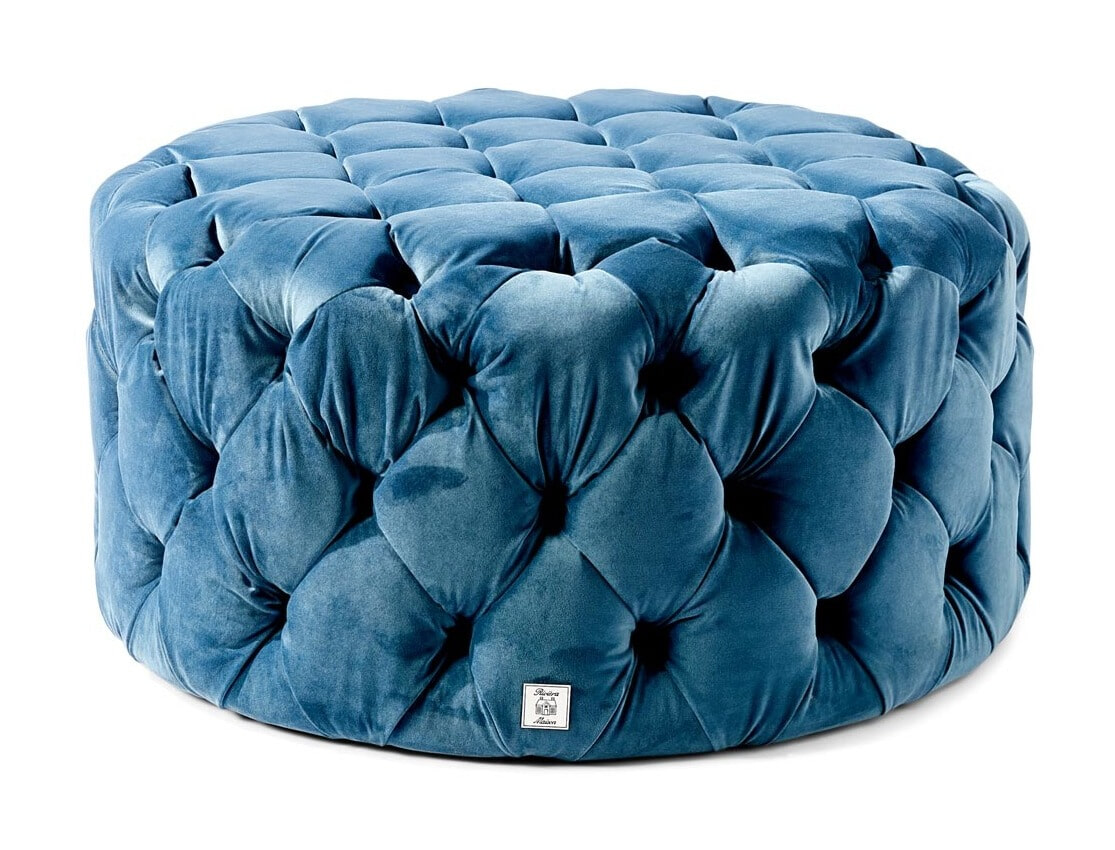 Blue received a Bachelor of Music from the University of Redlands in 2005 and a Master of Music degree in Opera Performance from UCLA[1] in 2007. She is an alumna of the Los Angeles County High School for the Arts where she studied voice and classical piano. She was a member of the Domingo-Thornton Young Artist Program at Los Angeles Opera from 2007/2009. Blue was a member of the Artistas de la Academia del Palau de les Arts from 2009–2010, under Maestros Alberto Zedda, Lorin Maazel, and Zubin Mehta.[5]

In 2010 Angel Blue was a featured soloist on the Madrilenos por Haiti concert with La Orquesta Clasica de España in Madrid, Spain. The concert was dedicated to raising funds for housing projects for Haitians who have relocated to the Dominican Republic.

March 2014 Blue took part in the annual AIDS Gala in Düsseldorf, Germany. The gala raised €142,000 to help those affected by AIDS and HIV in both Germany and South Africa.

The statuesque 5 ft 11 in (180 cm) soprano is a former model and beauty queen. Blue was the first African-American to hold the title of Miss Apple Valley, California. She has held titles such as Miss Hollywood 2005, and 1st runner up to both Miss California 2006 and Miss Nevada 2007[6] and finished 2nd runner up at Miss California 2005. In 2005 Blue represented the state of California as Miss California Sweetheart at the National Sweetheart Pageant, where she won the overall talent award singing 'Sempre Libera.' 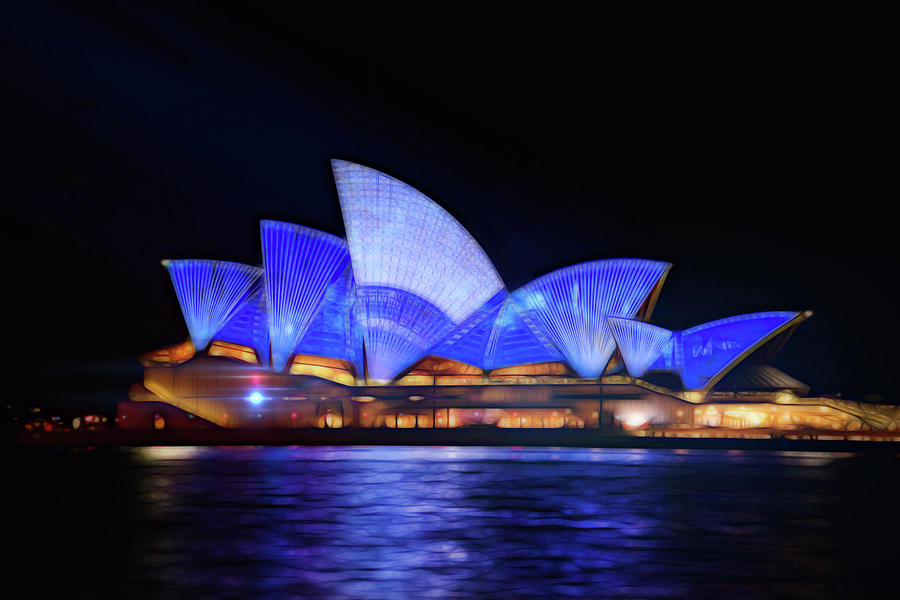