Build a Tomcat image and run it locally

Follow the steps in this section to build a Docker image based on an Apache Tomcat image and a simple Web app and then run it in a container on your local system.

Push the Tomcat image to your container registry

Now that you've verified that the Tomcat image runs in a container on your development computer, push it to a repository in a container registry to reduce disruption to your image development and deployment workflows. This article uses Azure Container Registry to store the image, but, with some modification of steps, you can use any container registry you choose. In this article the registry name is assumed to be myregistry and the full registry name is myregistry.azurecr.io. Change these appropriately for your scenario. 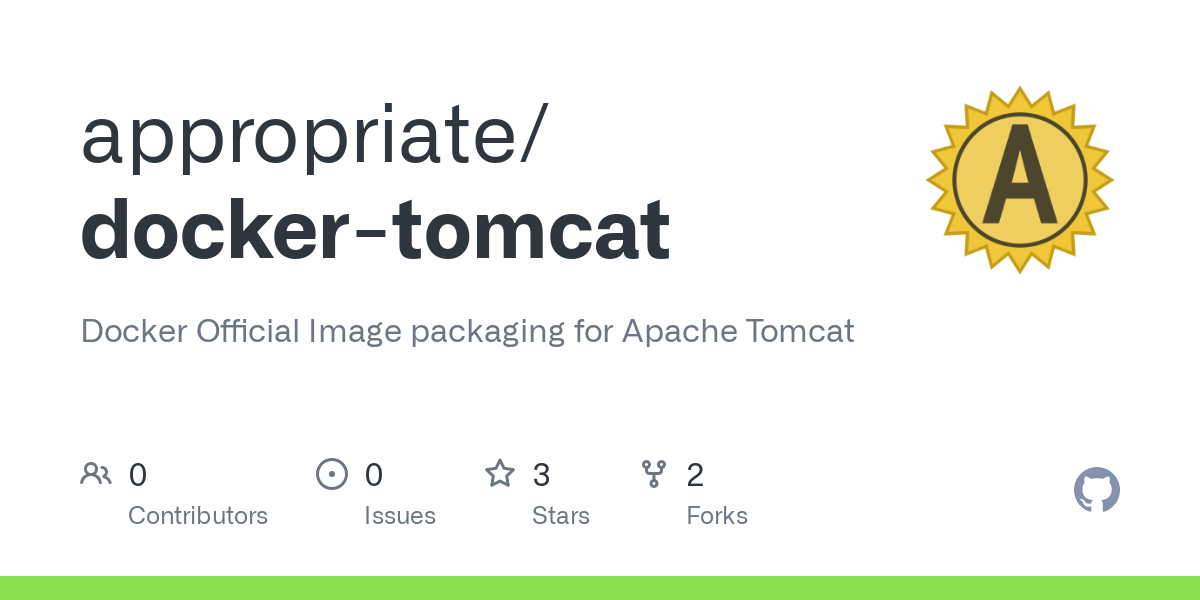 After you have run the install script, open a browser and navigate to Service Fabric Explorer:

Expand the Applications node and note that there is now an entry for your application type, ServiceFabricTomcatType, and another for the first instance of that type. It may take a few minutes for the application to fully deploy, so be patient.

After you push the image to the container registry you can delete the local image from your development computer:

Tomcat startup time is reduced by ~30% by enabling the Shared Class Cache (SCC) in the Docker images.

In my earlier blog , I measured the Performance of Tomcat with Tradelite7 Application without using any docker images and we saw the boost of Startup time with default Shared Cache in OpenJ9. In this article, let’s do some experiments using docker images of Tomcat and how the Shared Class Cache affects the Startup Performance.

As default SCC with OpenJ9 is disabled when running in Docker, we need to explicitly enable SCC. If we enable SCC in runtime, the caching classes and AoT doesn’t persist in docker when it stops. So, one way to get the SCC improvements is by populating SCC during build time.

In this article, I will show how to create an SCC during build and compare the Performance with “No SCC” and “explicit SCC” for Tomcat with OpenJ9.

To start with, I picked the Dockerfile of Tomcat 9 for OpenJ9 from Tomcat Docker library and used it to build the default Tomcat docker images which has “No SCC”.

Now, we have to create a docker image which uses SCC with OpenJ9.
For that, following modifications are done in Docker file

With the above changes in Dockerfile, we can build an image which uses SCC with OpenJ9. I also created an another image which runs the tomcat Server for 10 times (instead of one time as mentioned in above snippet) to populate the SCC – only to check if that can improve more Startup time.

To calculate the Startup time and Footprint, below methods are used:

The command below is used to start the docker container:

Below are the results of Startup and Footprint from my experiments:

Size of docker images (on disk) with tomcat using ExplicitSCC and the original one are:

All Above experiments are done on a machine with following config