Akhnaten was a real Egyptian pharaoh

The pharaoh Akhenaten (spelt differently than the opera’s title character) is known for abandoning traditional Egyptian polytheism; the belief of numerous deities. The radical pharaoh wanted his people to worship just one god – the sun (the Aten). In a bid to enforce his new way of thinking, Akhenaten closed the temples to the old gods, wiped their names from monuments and built a new Egyptian capital, Akhetaten. Still not familiar with Akhenaten’s story? You may have heard of his son Tutankhamun and wife Nefertiti.

The inspiration for writing Akhnaten came from his reading of Sigmund Freud’s Moses and Monotheism and Immanuel Velikovsky’s Oedipus and Akhnaton. Velikovsky’s controversial book (the work that inspired Glass the most) explores the parallels between the Greek Oedipus, legendary king of Thebes, and the Egyptian Pharaoh Akhenaten. 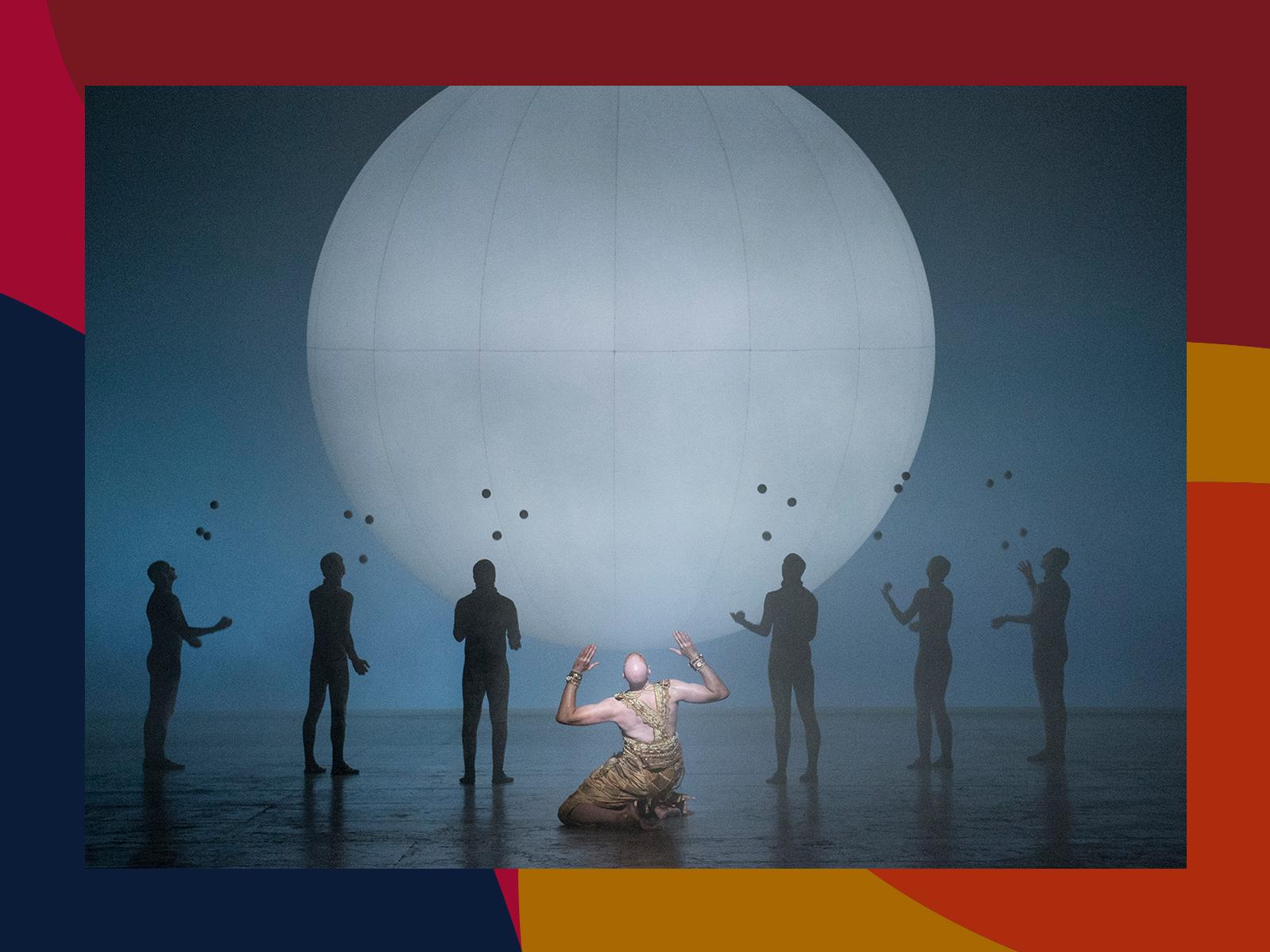 The immersive opera doesn’t have a conventional narrative or libretto. Instead, the story of Akhnaten is told through a series of tableaux. Rhythms of Glass’s meditative score are visualised with stylised movement and choreographed juggling. Akhnaten loosely follows the real story of the emperor’s rise to power, the erecting of his new city and the fall of his dynasty.